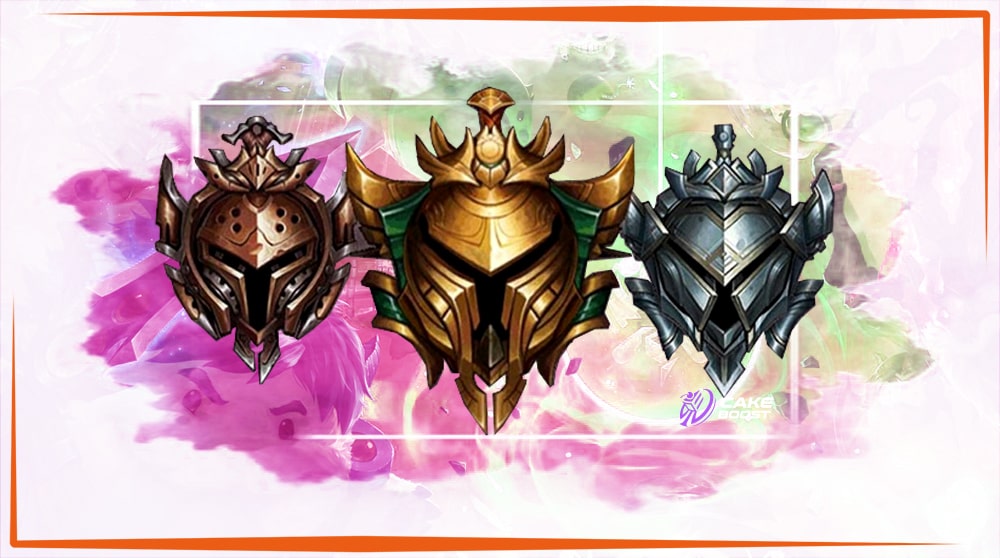 League of Legends is one of the most popular games in the world. Although it includes several modes, it is ranked play that attracts the greatest attention as the ultimate test of player skill. The only way to advance is to defeat other players at comparable skill levels in ranked games. With nine tiers and millions of opponents in any region, moving up the ranked ladder can be a daunting prospect for newcomers and gaming veterans alike. Nevertheless, there are some things you can do to make your progress smoother.

Unless you are a returning player, you will not be able to enter ranked mode straight away. The requirements are owning 20 different champions and leveling your account to level 30. You can use this time to figure out the basics of the gameplay and your own playstyle. Try out different champions and decide which roles suit you best. Memorize your hotkeys or rearrange them for convenience, and practice basic maneuvers such as kiting. Pay attention to what you’re doing from the start, and you will be able to hit the ground running when you enter competitive play.

Make the Best of Your Placement Matches

Once you are qualified to take part in ranked games, you must still complete ten placement matches before you could start your ascent. The number of wins you get in those matches determines your starting rank. It is important to understand is that your rank is not so much a reward as an assessment of your current skill level relative to the competition. While there are exploits that would allow you to fool the system, for example by playing with more skilled players creating lower-level accounts (smurfing), you should resist this temptation.

Instead, do your best to win fair and square in order to obtain an honest appraisal of your ability. A high rank can be lost very quickly if you fail to win at that level consistently. On the other hand, a series of early defeats may teach you valuable lessons that will soon help you rise up from lower tiers. The same things may be said about promotion series matches. In the longer run, improving your skill is more important than rising quickly.

When it comes to ranked play, it is dangerous to be a jack of all trades, master of none. There are many nuances to each role and each of the game’s many characters. Those who use a specific champion’s abilities habitually can almost always outperform someone who dabbles everywhere. However, you should also avoid the opposite extreme – becoming a one-trick pony. If you only play one champion, you will be out of luck if that champion is picked or banned by the opposing team.

Three to five characters in one or two roles seems to be the optimal choice, allowing you to remain equally fluent with all of them and flexible enough to never weigh down your team. Another benefit of a narrower focus is that champion mastery for your chosen few should soon be within your grasp!

As for which characters you should pick, that is entirely up to you. However, it is a risky play to pin your hopes on more mechanically complex characters like Viego or Yasuo. Instead, unless you are very confident in your skill, you should probably stick to simpler champions such as Darius. Additionally, you ought to pay close attention to changes in the meta brought about by patches and the regular new character releases. Sometimes it makes sense to jump boat from a badly nerfed character or pick up a greatly improved one. Even if you stick to your current roster, you should always have at least some idea of what you might be facing (and which broken champion to ban).

Continue to Learn and Practice

There are many things you can do to improve your mastery of the game between ranked matches. For one thing, you can play normal solo or duo matches to practice standard moves or experiment with riskier strategies without risking your rank. It may also be good as a warm-up or a break, to keep your skills sharp when you don’t quite feel up to the pressure of a ranked game.

Another approach is to watch lots of gameplay videos. Replays of your own games, of course, are a vital tool for identifying any weaknesses in your playstyle. Discussing those videos with other players is a very sound practice if you arrange it. Meanwhile, watching videos of Clash matches between true masters could give you a whole new perspective on your champion’s abilities and ideas for strategies that may not occur otherwise. The same can be said for reading character guides. By using some of your downtimes on studying, you can retain your edge without burning out.

Take Care of Yourself in Matches

Although victory in ranked games requires teamwork, you can’t always trust the people you play with to make the best decisions. That is especially the case in solo queues. Ultimately, the only one you can always count on is yourself – and you can’t help out your team if your character falls too far behind. Keep this in mind during the match. Help yourself to as many resources and mobs as you can without stealing kills from your allies (especially carries). That way, you will power up faster and have more control over the course of the game.

(Try to) Find a Duo Partner

Playing in the duo queue makes an enormous difference to the speed and ease with which you rise in ranks. Provided you can find a reliable partner – a friend or a like-minded player with no scheduling problems – playing in duos is a no-brainer unless you are inherently solitary. The one issue is that this is not an option for Challenger, the highest tier – which just goes to show what a major advantage this is. You will be able to depend on at least one other person to make the right plays and should also find it much easier to learn from each others’ mistakes together.

It can be very tempting to hold on to ultimate abilities, Summoner Spells, and other rare, game-changing powers “until you really need them”. However, in the chaos of a ranked game, it is almost always ideal to use them as quickly as possible. You do not actually know whether you will get a better chance to deploy them later while holding back denies you a powerful advantage here and now. Besides, the sooner their cooldowns start, the better. Of course, there are many tactical complexities to using such powers. You might require coaching to figure out the best use cases.

It is easy to get bogged down in the details of such a complex game. However, even if you have a perfect mastery of your character’s abilities, you might still lose if you do not pay close attention to the big picture. For example, you should be careful to properly prioritize objectives in the game, going from easier (the outer towers) to harder (the bosses) in order to maintain momentum. Also, try to put yourself in your enemies’ shoes to head off their plays.

You should also mind the team compositions when you decide how to proceed. If your team has strong crowd control abilities (like Amumu’s Curse of the Sand Mummy or Morgana’s Dark Binding and Soul Shackles) and the enemy doesn’t, you should certainly invade their territory and keep the pressure on them. Otherwise, however, it may not be worth it. Likewise, although it is common to try and win the game through a big team fight, that strategy may not always be advisable depending on your group. Pick your battles carefully. At the same time, do not despair if you seem to have a bad match-up – this is not Teamfight Tactics, and stronger champions can still underperform due to player mistakes.

Clear communication between teammates often means the difference between victory and defeat in team games, and this game is no exception. There are three main ways to communicate in the game, each of which has its own strengths and weaknesses:

At its best, text chat can allow allies to exchange information on enemy actions and coordinate rapid responses. Unfortunately, it may also easily degenerate into trash talk, needling each other for making mistakes, and other toxic behavior. As a consequence, many players mute it entirely, which renders it useless for the rest of the team. Obviously, it is better to use the text chat when you can afford to type, assuming that your team is also using it properly. However, despite their limitations, pings can always be used and are probably the most efficient means of communication available. Using them to telegraph your plans and call out the other team’s maneuvers will go a long way towards securing a win.

Season 11 will wrap up in November 2021, leaving plenty of time for a determined player to climb up the ranks. As in all seasons, the competitors will receive several cosmetics to mark their ranks when it wraps up. Other prizes, including Eternal tracker capsules, may be earned through strong performance within the three splits that make up a season. However, the greatest reward of all has got to be the knowledge that you were able to prevail over so many capable opponents. That feeling is why so many players flock to ranked matches every year.