Cakeboost Guides: Tips for Placement Matches in Overwatch
eu
us
Event calendar
Favourite
0
Guarantees
News & Guides
Feedbacks
Work with us
About Us
Our Blog

Tips for Placement Matches in Overwatch 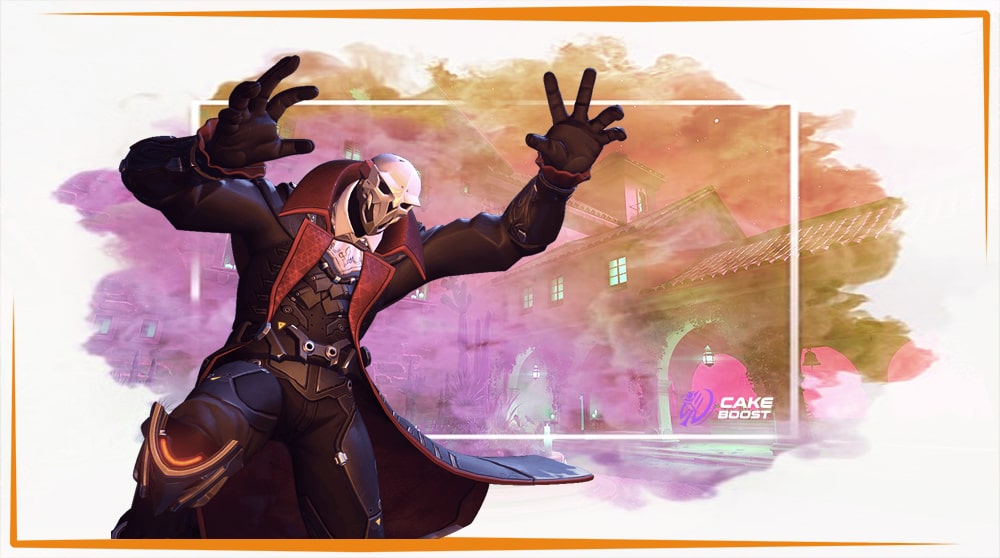 There are many ways to play Overwatch, but most fans seem to agree that Competitive Play is the heart of this popular shooter. It ensures a balanced difficulty by pitting players against opponents at a similar level of skill. Winning matches is required to work your way up the ranked ladder, earning not only recognition but also more interesting challenges in higher ranks. Placement Matches are the gateway to the mode. You will have to go through them if you are to start playing competitive in any given season. That makes them a great source of anxiety and frustration. If you follow these tips, however, you should be able to get the most out of Placement Matches without any trouble.

How Does Placement Matches Work

Placement Matches are simply competitive games that are used to determine your starting position on the ranked ladder. Before you can access Competitive Play for the first time, you must reach Account Level 25 and complete the required amount of Placement Matches for your queue. That would be ten Placement Matches for the Open Queue and five for each Role in the Role Queue. Once you have completed them, you will be assigned your starting Skill Rating. Those are reflected in your rank tier and used for subsequent matchmaking in those queues or roles. Victories in competitive play raise the active Skill Rating, while losses lower it.

Note that your initial rating is based primarily on performance, which is not clearly explained but seems to include accuracy and survival as well as Competitive Wins. It is possible to get a high Skill Rating despite losing most matches and vice versa, although obviously winning helps. The matchmaking for the initial Placement Matches at least used to be determined by your performance in other modes up to that point. It appears that this system has changed and now everyone enters Competitive Play at the lower end of Gold Rank. The first few victories or losses after starting Competitive Play can shift the Skill Rating more drastically than later results.

Completing Placement Matches enables you to play for the rest of the current Competitive Season. Seasons in Overwatch typically last for two or three months. Every subsequent Season will require you to prove your worth all over again by completing the same sets of ten or five Placement Matches. This time, however, your starting matchmaking rating will be determined by your “historical baseline”, which is influenced by performance in all past seasons. As a result, the longer you play, the less variance you are likely to see in the results of later Placement Matches. Unless there was a drastic change in your skill level, if you were at Platinum Rank last season, you are likely to remain there. 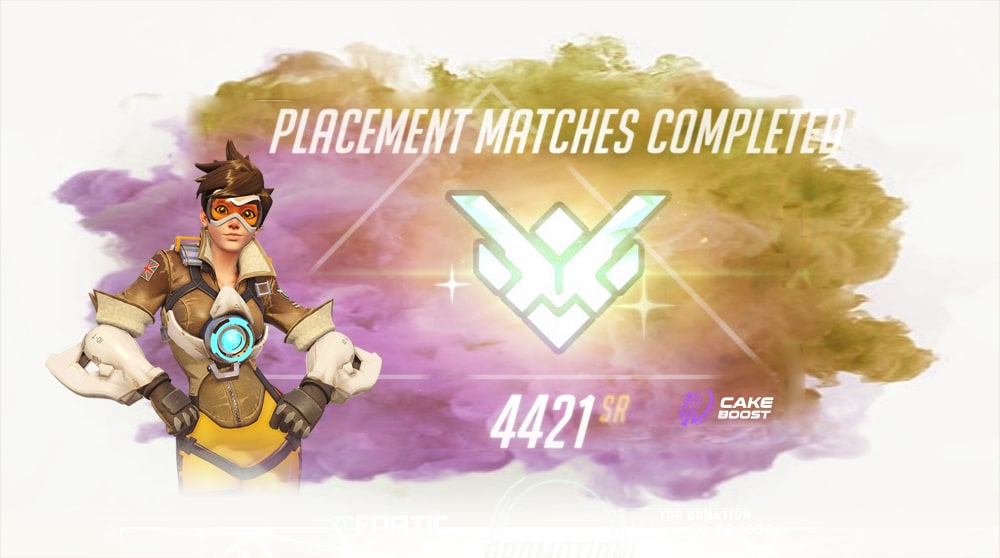 How to Excel in Placements?

First of all, it is important to understand the purpose behind Placement Matches. Competitive Play looks very different at Gold and Diamond Ranks. As you go up in rank, optimal play, map knowledge, and tightly coordinated teamwork all become more critical. If you play below your skill level, you will probably find it boring. Above your skill level, you are likely to be overwhelmed and drag down your team. Placement Matches help you find the ideal starting point – especially if it is your first time in Competitive Play.

What this means is that attempts to “game the system” are likely to be self-defeating. It may be disappointing to enter the mode at a surprisingly low rank, but you should treat it as a message telling you to improve. The low-level environment can help you practice. Once you have the skill, reaching the Top 500 Rank is not impossible, no matter where you start. That being said, the low-rank climb can be something of a slog that is not always that rewarding. Also, it is possible to underperform in Placement Matches due to making trivial mistakes. The following tips should help you avoid that situation.

The Overwatch meta is always evolving. Granted, there is something of a lull right now. With the development team focused on Overwatch 2, there have been precious few changes to the base game over the last few months. Yet even now, balance tweaks can still take place, buffing or nerfing characters and altering the meta. For instance, Hanzo has recently regained the ability to ricochet his arrows, greatly increasing his threat. It is simply good practice to research changes to the meta ahead of high-stakes games, of which Placement Matches are an obvious example.

What heroes you play obviously matters. A weaker character, or one whose powers simply worked differently from what everyone had expected, may give you different outcomes. Playing someone who is currently in meta can be a dramatically different experience that makes it much easier even for a Solo player to make some quick progress. Even if you are not going to pick a meta character, it pays to be aware that others might. Something as simple as checking the recent tier lists before the placements can be crucial for figuring out which enemies to prioritize. That, in turn, should result in better performance or at least in avoiding some costly mistakes. 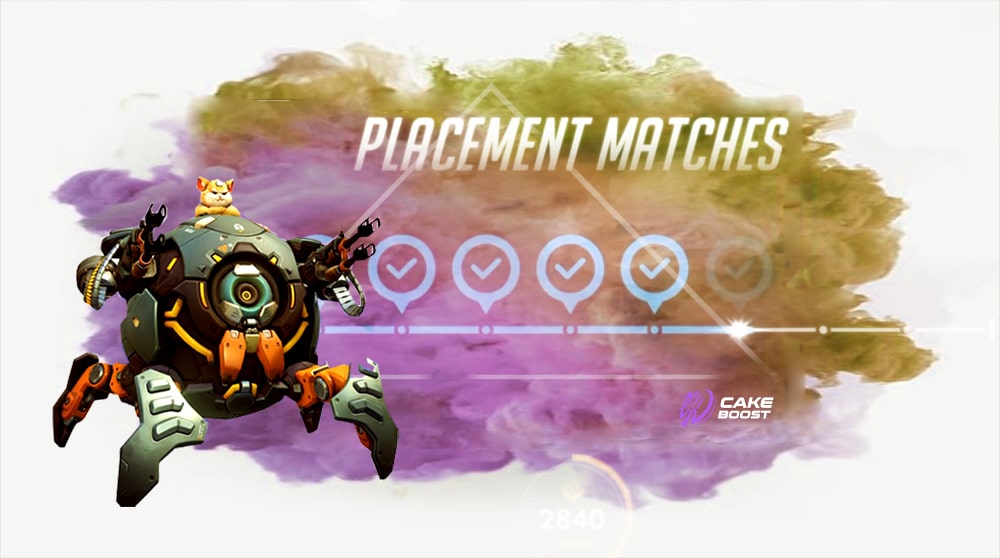 Play What You Know

As important as the meta is, a role or hero you feel comfortable playing is probably more important. When it comes to Placement Matches, you should play it safe. If you have characters that you have been Account Leveling with from the start, they would be your best bet even if they are underperforming otherwise. You shouldn’t underestimate the psychological advantage of familiarity. When playing from a position of comfort, you would be able to both avoid various rookie mistakes and act with greater confidence, improving your chances of success. There will be time to experiment with other characters or strategies later on, when your starting position is secure.

Take The Time to Improve

This may seem to contradict the previous tip, but you should always be prepared to learn. If your Placement Matches or general Skill Rating gains are not going very well, it may be worthwhile to slow down and try to improve your game in other modes first. That is especially the case if you have few or no comfort picks, preventing you from effectively following the previous tip. Having to learn new characters in the midst of placements is not ideal for most, but it can really help. So can Coaching, which could be used to zero in on particular problems in your performance and come up with effective solutions that keep the rating up.

Work With Your Team

Overwatch is very much a team game. Effective coordination is powerful and crucial for victory. Although you could place at a high rank even after being on the losing team in most of the ten Placement Matches, winning is better. Besides, a well-ran team can offer plenty of opportunities to improve performance results. The key to victory often lies in communications. Make use of the communication wheel and/or voice chat, call out enemy movements to your allies, and keep them informed of your plans. Managing the human factor is the other half of the equation. Take pains to be considerate and helpful, and you should see some reciprocity as well as more effective teamwork.

The issue with the previous tip is that you do not really know what sort of people you will end up when playing with a random team. There is inevitably an element of luck involved. Using the Duo queue eliminates that element and makes Placement Matches this much easier… provided you have someone who is willing to queue up with you. Playing with a friend is much easier, as it makes an ideal teamwork dynamic much easier to attain. If you do not have any Overwatch-playing friends, it may be worthwhile to seek some out on the forum or social media. 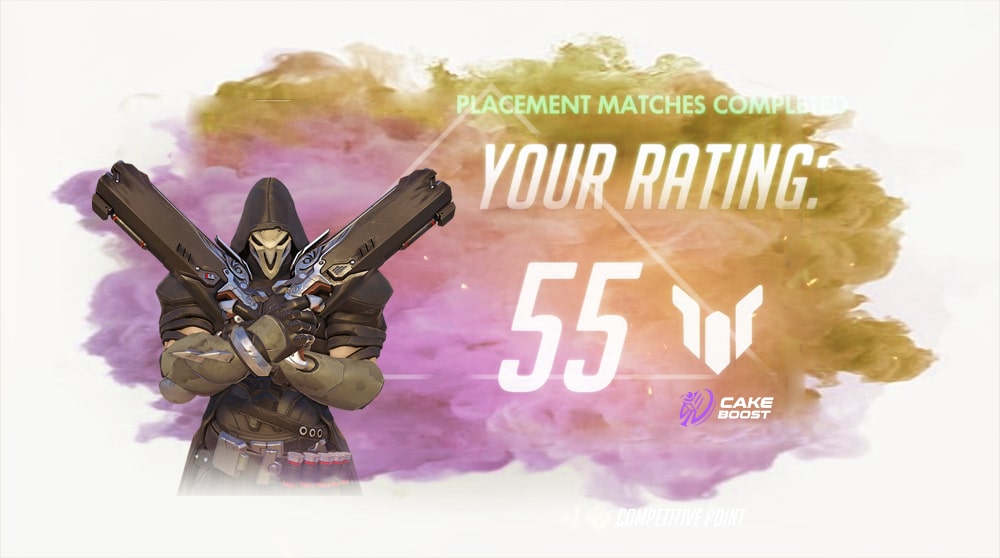 Tilt is a gaming term referring to a negative emotional state that undermines your performance. It is your true worst enemy in Placement Matches. What makes it really dangerous is the ease with which it can become a vicious cycle. If you lose a match, you are likely to get frustrated and angry, which may encourage you to choose suboptimal strategies that only seem to offer a quick and decisive solution. It can also affect coordination with your team. Tilt can become infectious if you take your anger out on your allies, which would impair your effectiveness as a team.

The only way of dealing with tilt is to watch out for it. If you feel like you are starting to get angry, take a break. You should also keep track of game outcomes. A losing streak is also a warning signal. Chances are, you are doing something wrong, and the tilt is part of it. Either way, stepping away from Competitive Play until you recover should help. You can play in the Arcade for a more relaxed and varied experience, or even avoid Overwatch altogether for a bit. Playing through Placement Matches while well-rested and in a balanced emotional state will soon let you make up for lost time.

Placement Matches in Overwatch may seem somewhat unimportant. After all, you can get to a high rank even if you are placed quite low at first. Also, your starting placements change very little from one season to the next. Nonetheless, they serve an important function by helping manage your ranked progression. They help ensure that your standing will not deviate too much from your current level of skill, encouraging you to work hard to improve. You should use those games as a training tool. Still, if your progress becomes too slow and difficult, CakeBoost is here to help. Simply contact us, and all our Overwatch boost offerings will be at your disposal, quickly and cheaply. 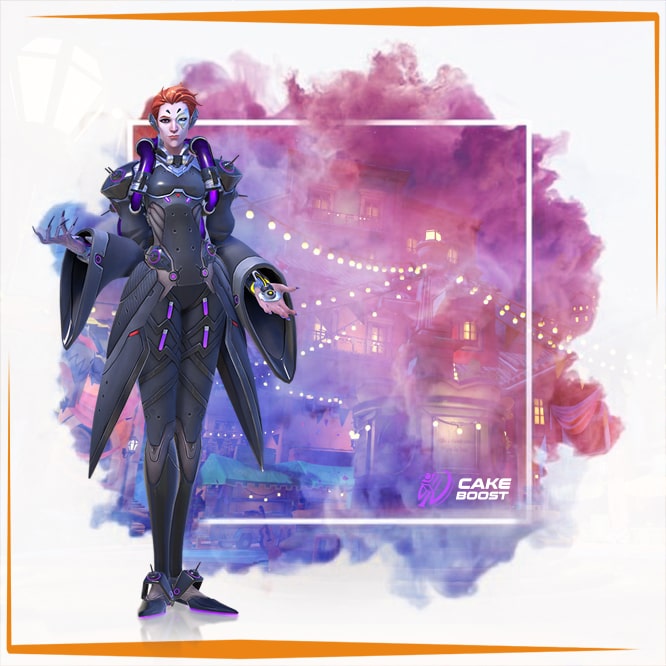 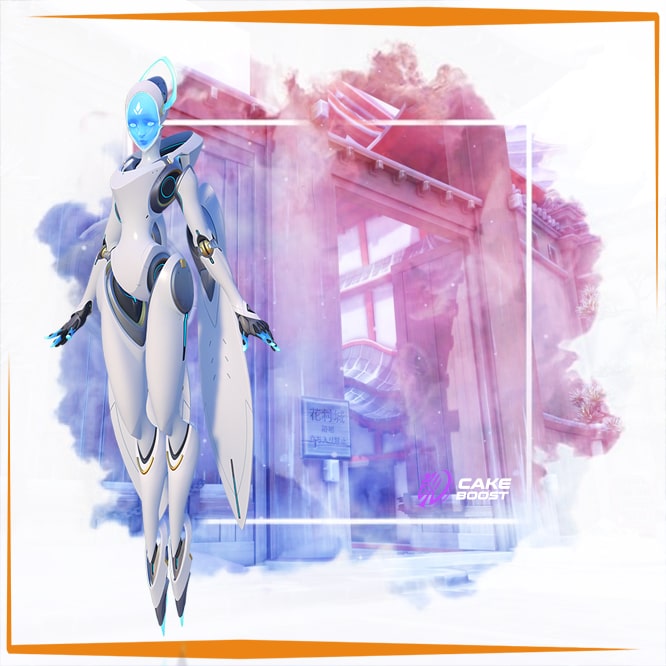 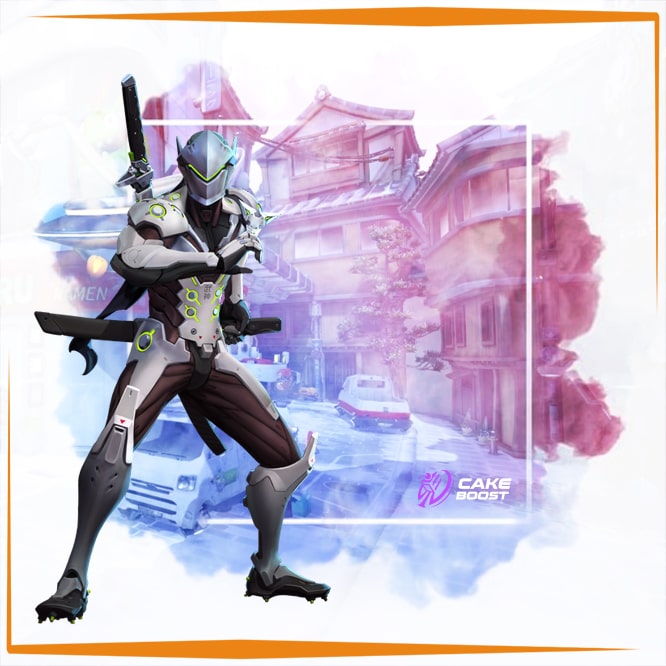 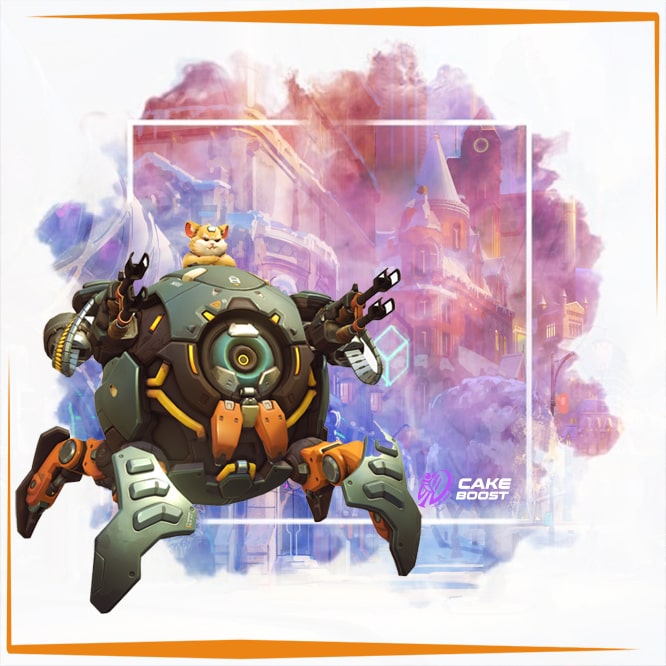