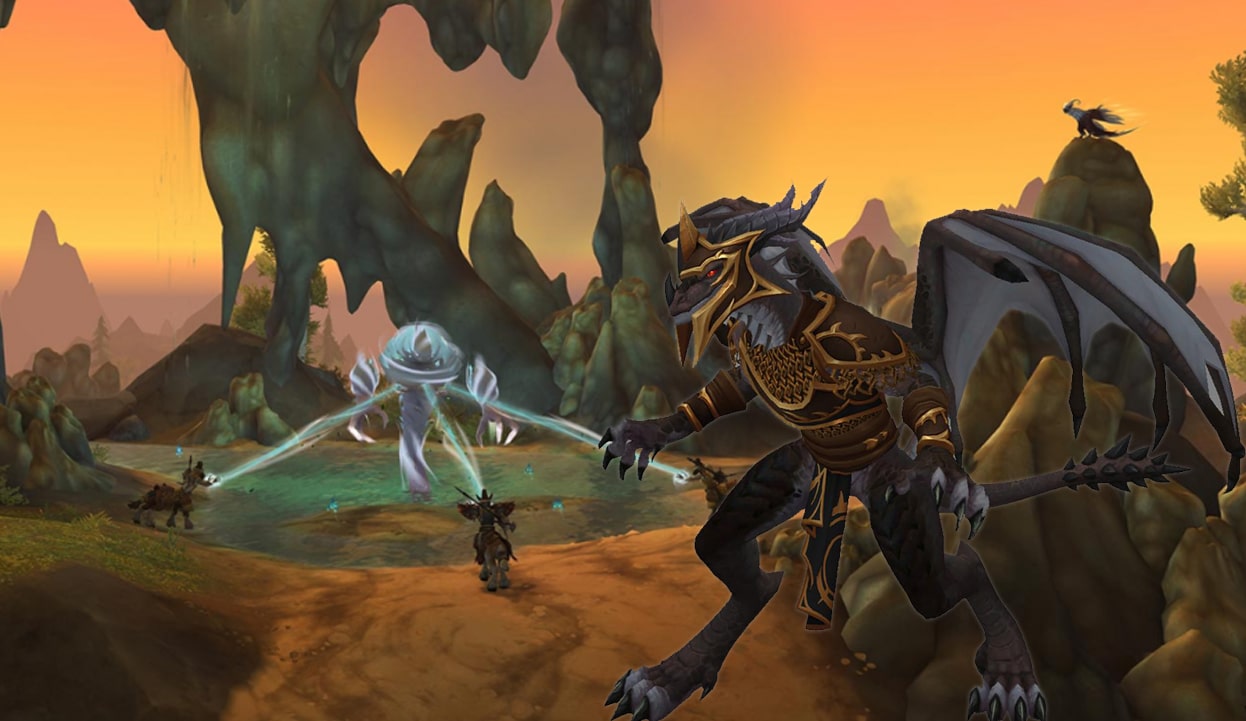 As can be expected based on its name, dragons lie at the forefront of the World of Warcraft Dragonflight expansion. Those ancient and powerful beings have played many parts throughout the MMORPG’s lifetime, appearing as antagonists and friends alike. Their mysterious point of origin, Dragon Isles, was alluded to in earlier storylines. Dragonflights abandoned that archipelago twenty millennia ago, only returning there now. Yet the proud creatures’ attempts to reclaim their home have run into resistance from their ancestral enemies. This opposition drove the dragons to reach out to their friends among the mortals, who in turn are concerned with supernatural turmoil that threatens to spill out beyond Dragon Isles.

In many ways, the WoW Dragonflight expansion is intended as a return to the MMORPG’s roots after the bizarre cosmic conflict of its predecessor. Adventurers are summoned to explore a new region of their homeworld and defeat a direct source of menace for their friends. Numerous familiar faces among the dragons, such as Alexstrasza, Wrathion, and Chromie, aid this goal. Developers have expressed their wish to author a more down-to-earth, character-driven narrative - as much as that may be possible in the intensely magical environment of Dragon Isles. Antagonists for the Dragonflight expansion include proto-dragons and half-giants, though other, less straightforward menaces might appear later as well.

The Dragonflight expansion is set primarily on the Dragon Isles. This primeval archipelago bears traces of draconic presence and supernatural forces that shaped it in the distant past. That is reflected in its elementally-marked biomes and curiously dragonlike fauna. As elemental energies surge forth again, the Dragon Isles have become a vibrant and magical place, but also one full of unpredictable dangers. The bulk of the new zones is situated on the central island, whose size rivals Northrend. It is defined by its high altitudes. Heroes will need to climb from coastal lowlands to a remote peak as they experience the Dragonflight expansion campaign. There are four new zones accessible to all, each with a distinct theme: 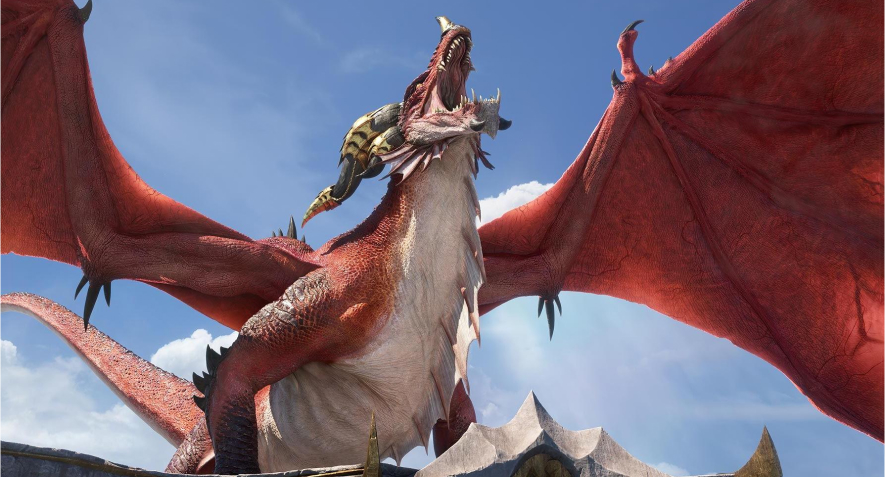 Illustrator is an amazing tool for creating graphics and artwork for print, web, and digital experiences of all kinds. The possibilities are limitless, but your time isn’t. By creating well-structured files, you can make changes fast, export files for print, and create web-friendly scalable graphics that will adjust to various screen sizes — saving you valuable time for other projects.

Reputation is among the long-standing systems that underwent rework for the Dragonflight expansion. Adventurers still earn reputations with specific factions by performing various tasks on their behalf. However, reputation points now go towards raising Renown, which happens every time the hero hits 1,000 Reputation. Each point of Renown provides additional rewards, from the ability to purchase unique cosmetics to access to special events. There are four major Renown factions in the Dragon Isles, each focused on different kinds of activities:

Renown progressions for those factions are not exclusive. Indeed, certain Dragon Isles missions and activities allow adventurers to earn Renown with all groups at once. Most of the prizes, such as activity unlocks, are account-wide, though the Renown progress is not. Earning enough Reputation with any factions is mandatory to finish the Dragonflight expansion campaign, but the Renown gating approach of Shadowlands was not extended. Lesser groups with their own progression and rewards also exist. For instance, adventurers can pledge allegiance to Wrathion or Sabellian as the black dragons’ leaders every week, improving their reputations and earning unique titles and cosmetics from each.

At the outset, the Dragonflight expansion will contain eight original dungeons, one of which is a previously unknown section of the Classic era instance Uldaman. The Mythic Plus roster for each season shall include four Dragonflight expansion instances and four dungeons taken from older content. That way, the activity should remain fresh and provide players a priceless opportunity to claim updated versions of vintage loot. Available Affixes have been modified and will refresh more often. The finest dungeon plunder in Dragonflight expansion could only be claimed via Mythic +20 runs.

The Dragonflight expansion brings forth a new Hero Class: the Dracthyr Evoker. It is fully covered in our class Dracthyr Evoker preview. The most important details are summarized below: 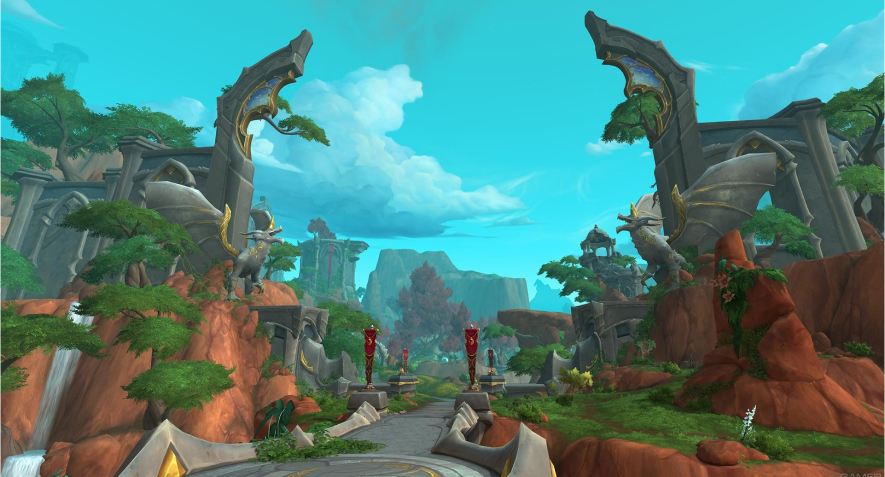 Dragonriding mounts are another hallmark of the Dragonflight expansion. This special category is made up of drakes from the Dragon Isles and defined by unique flying mechanics. Their riders must contend with a sophisticated flight physics engine that keeps track of momentum, variable altitudes, and mount Vigor. They will be helped by abilities that allow their mounts to alter their speed or elevation, along with performing more complex maneuvers. Dragonriding mounts also enjoy an unprecedented degree of customization, with players choosing between several basic species and modifying every part of their mount’s body with options unlocked throughout Dragonflight expansion content.

Professions receive many changes in Dragonflight expansion. Taken together, those innovations should drastically alter the workings of this system and the player-driven economy:

The talent system has been greatly simplified in expansions since Cataclysm. Dragonflight expansion changes reverse that policy to grant players more control over their builds. Upon leveling up, heroes will allocate points from separate progressions to purchase active abilities or passive bonuses in their core and specialization trees. Dragonflight expansion talent system talent progression is in the hands of the player, letting them decide which talents to pick at what point. Players can save particular talent builds and load them in resting areas, making it trivial to adjust to varying types of activity. The Dragonflight expansion talent calculator allows fans to research and plan their builds in advance. 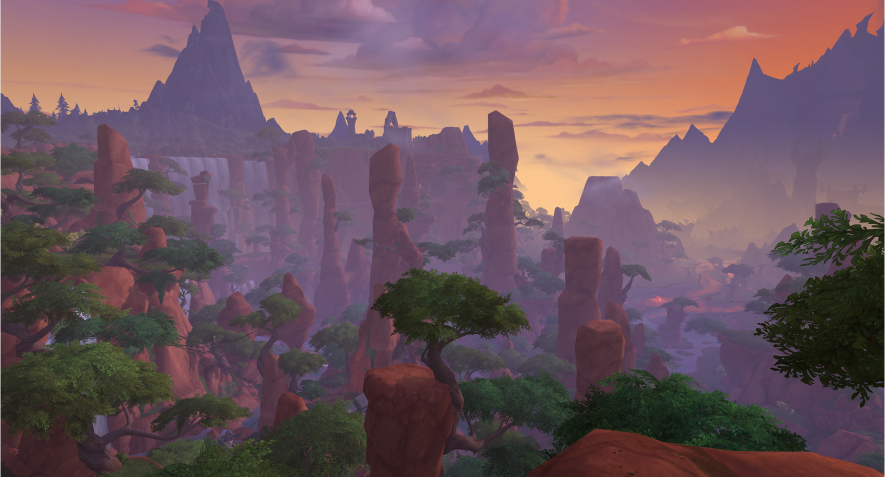 While PvP has not been the main area of attention for the Dragonflight expansion, it still received some notable changes and additions:

There are many other great and small adjustments on their way in the Dragonflight expansion that may exercise a significant influence on the player experience:

Many people are excited about the Dragonflight expansion. It promises to be a grand revival for the MMORPG after its divisive previous chapter. The prospects of traveling across Dragon Isles, refining builds using rejuvenated talent trees, or checking out any of several added character options will surely draw in many previously disillusioned fans. Tweaks to professions and the groundbreaking advanced flight system are also appealing. However, even with all the quality of life improvements introduced in the Dragonflight expansion, experiencing it fully will still require a major investment of playtime and effort.

To help with that, Cakeboost offers a wide range of professional WoW Dragonflight Boosting Services. Our team can take care of any frustrating or boring tasks, enabling customers to focus on the parts of the Dragonflight expansion they find most interesting. With our Dragonflight Power Leveling offerings, any adventurer can quickly unlock all the possibilities the reworked system has to offer. Heroes that had been fully advanced in the previous iteration of the MMORPG can use Dragonflight Power Level 60-70 services to enter the latest endgame without delays. Other possibilities include gearing, instance farming, and mount collection services.

Find a code word in the guide, tell it to our support and get a 7% discount on any service related to this guide.

What will be the next WoW expansion?

The Dragonflight expansion taking place in the remote Dragon Isles region is the next chapter for this MMORPG.

What is the Dragonflight expansion about?

What does the Dragonflight expansion add?

The feature highlights for the Dragonflight expansion include:

How much is the Dragonflight expansion?

The base edition costs almost 50 USD. Full Dragonflight Expansion price information can be found on this page, along with benefits of buying different editions.

Can I get an official character boost in the Dragonflight expansion?

A level 60 character boost might be obtained with the pricier editions or as service from the internal store. It will also provide the must-have equipment for taking on initial Dragon Isles content and surviving.

Does buying Dragonflight give you Shadowlands?

Will Covenants Abilities or Legendary items carry over to the Dragonflight expansion?

All “borrowed power” features are disabled outside their point of origin, and that includes all Covenant benefits and Legendary items. They would still work within the afterlife, but not in Dragon Isles or elsewhere. Dracthyr Evokers will benefit from a unique Covenant Ability and similar features if they revisit it as legacy content.

When would it be possible to acquire the Dragonflight expansion?

Shadowlands owners can already pre-order it here. Everyone else could purchase it once the full Dragonflight expansion launches on November 28.

Is it possible to play the Dragonflight expansion already?

Yes, if one is selected for the Dragonflight beta. Fans may  opt in to take part in it here, but afterwards it depends on their luck. Applicants who have not been picked will have to wait until November 28 to visit the Dragon Isles with all others.

Still have questions left? Ask straight and we will reply to you!
Related products