HOW TO KILL COUNCIL OF BLOOD IN CASTLE NATHRIA GUIDE

CN is the first raid players will need to complete in SL. Storyline will lead you smoothly to the point in the storyline when you must launch a raid on the headquarters of Sire Denathruis. On the way to it, you will meet 10 Bosses, each of which will protect their lord. They have different mechanics, and the difficulty of the battles will increase as you move deeper into the raid.

Council of Blood is the seventh encounter on your path. This fight will consist of a battle with three bosses, each of which is a worthy opponent. The battle will take place in the Ballroom and will generally be united by a dance theme, so you will have to move a lot and actively, dodging not only the attacks of the bosses themselves but also from the Adds that they call during combat.

Bosses do not share health among themselves, but they have a different mechanic: after the death of any of the three Bosses, the remaining ones receive an additional powerful skill and fully restore their HP. In this Guide, we will give our opinion on the order in which it is best to kill Bosses, what you should pay attention to and how to counter their basic skills.

This raid is quite variable, allowing players to choose different strategies and procedures depending on the composition of their squad, however, we will consider a method that, in our opinion, minimizes possible risks.

CakeBoost provides a range of services that will help you solve any game problem in CN. We offer an efficient service with a 100% guarantee and at the lowest price on the market. If you are having difficulty at any stage of passing CN, we will be happy to help you.

In addition to directly fighting Bosses and dealing with their Adds, you will also encounter new mechanics that have not been introduced in any Raid before. After any of the Bosses reaches 1/2 of their HP level, all the Bosses that are still alive disappear from the room for a while, and the squad gets into some Intermission, which can also be called the Dancing Phase.

Once the Bosses are out of sight, each player must get to the Spotlight as quickly as possible. If you fail to do this in the allotted time, your character will instantly die. Once you have reached the desired location, you will see a special bar at the bottom of the screen with 4 available actions (movements). After everyone manages to reach the assigned places, you will have to make 4 movements in the required sequence by pressing the corresponding buttons. After you do this, the fight will continue.

If for some reason you missed and made a wrong move, your character will be teleported outside the encounter zone, to the balcony, where you will stay for 30 seconds, receiving ticking damage. After half a minute has passed, you can return to the battlefield again. Unless, of course, you can survive and the ticking damage doesn't drain your HP completely.

We recommend that you start clearing the chamber with this Boss, as she becomes deadly after her allies die. There are also other nuances, which will be discussed below. This Boss possesses strong Anima magic. It is not as dangerous in the beginning as if you leave it for last, so with the right effort and proper coordination, you can easily deal with it.

The first thing to look out for when fighting this boss is the AOE around her, which deals a non-stacking debuff targeting the Tank. This Debuff incapacitates the Tank and reduces its maneuverability and efficiency. Basically, this is the only problem worth taking care of before killing the first Boss.

If the first Boss you destroy is not Frida, then she will receive a powerful skill scarlet letter, which can shorten your ranks. It lies in the fact that she teleports to a randomly selected target, which is located on the periphery of the room. A player who is attacked will be deprived of the ability to move for 8 seconds, after which a lot of Magic Damage will be inflicted on the player and all targets within 10 yards. The damage will be divided among all players who are in the affected area. If no one is there, the damage will be lethal to the original target.
In order to avoid the loss of an ally, it is necessary to collect as many choen of the squad as possible within the radius of the position. To do this, try to keep Frida in the center of the hall in order to be able to reach the affected player in 8 seconds.

Another reason we advise killing Frida with Persa is that players under the influence of Scarlett Letter will be unable to move and therefore will not be able to reach the Spotlight if the Dance Phase begins, causing instant death.

If Frida remains the last of the Bosses who survived, she will be able to summon waves of Angry Adds that will throw food at the squad members, gradually drying up your HP, which can become critical at the end of Encounter. If, for example, there are many Hunters in your squad, you can kill Frida second, however, we still recommend making her the first victim, since at the beginning of the battle she causes fewer problems.

One of the military commanders of the vanguard of his Lord Sire Denathrius. It is best to kill him second, as he requires special attention from the Tank. From the very beginning of the battle, he will use the tactical advance skill, which consists in the fact that he marks any member of your squad and launches a projectile that does damage not only to the immediate target but also to all players who find themselves in the way.

He also periodically supplies one of his allied bosses with a powerful shield, which practically stops incoming damage until the shield is destroyed or the Boss moves away from him a sufficient distance. If such a shield appears, try to kite boss as far as it’s possible to deal effective attacks again.

After one of the three bosses is killed, Niklaus stops casting Tactical Advance. Instead, he begins to use the powerful Frontal Cone ability unstoppable charge, which targets the tank and inflicts colossal magical damage, divided among all those affected by it. Therefore, in order to preserve the health of the tank and prevent his or her death, it is necessary to divide this damage among as many members of the squad as possible.

If Niklaus remains the last surviving Boss, he acquires the Castellan's cadre skill which, when used, summons 2 Stoneguards. They deprive a random player of the ability to move for 12 seconds, after which they switch to another target, thus incapacitating members of your squad. When the victim is pinned down, the Boss begins to overwhelm them with powerful melee attacks.

However, there is a nuance: usually, game tactics boil down to dealing with Adds as quickly as possible and returning to dealing attacks on the Boss. However, Niklaus cannot summon new hells while two of the current ones are active. If you kill them, he will simply summon new ones, so it's better to just kite these adds without stopping to hit the Boss. They can cause a lot of trouble, so we strongly recommend that you kill this boss second.

We propose to kill this Boss third since he is the least dangerous in a situation when he remains the last in the ranks.

This Boss often casts waltz of blood. This skill summons waves of Adds pairs to dance around the chamber, damaging and stunning everyone it touches. You just need to turn away from them. To do this, you can leave the central area, however, you will receive high ticking damage, so we advise you to go to such a maneuver only if a collision cannot be avoided and quickly return back to the dance floor.

Another Boss skill, evasive lung, deals targeted damage to the tank and to all players who are in AOE at the end of his path. The tank needs to take this damage exclusively on himself since it can be lethal for others.

After the death of the first allied Boss, Stavros gains the ability called dark recital. It ties two players together, and neither of them takes damage in direct proportion to the distance between them. Also, explosive zones are formed under them, so you have to move constantly so as not to get burst damage when detonated.

When you have dealt with the other two Bosses and Stavros is the last, he starts using the dancing floor skill. Several Venthyr Adds spawn on the periphery of the room and begin to move erratically. If you come in contact with them, you will take damage and Stun. After 30 seconds after spawning, they can be killed. Dodge, then kill them immediately.

Red swirls will periodically appear on the floor, causing a stacking dot debuff that disappears after the boss dies or the Dance phase begins. This entire encounter is tied to a dance theme, so this battle will be a real challenge for those players who do not like to move during combat. Here, the likelihood of a successful outcome of the battle largely depends on the activity and accuracy of your movements. It is necessary not only to move but also to understand the meaning of your movements. Also, many mechanics of this raid require the player to react quickly and correctly distribute players among swarms and bosses - from the squad as a whole. This is a very solid Boss Encounter in terms of game mechanics, atmosphere and design.

This raid has great potential and allows players to apply different strategies depending on the strengths and weaknesses of their squad. It also looks spectacular!

CN offers players a large number of interesting challenges and the fight with the seventh Bossomb The Council of Blood is just one of them. CakeBoost offers a choice of a wide range of Castle Nathria (CN) Raid in WoW SL related services: check out our CN Raid Services Category Page. 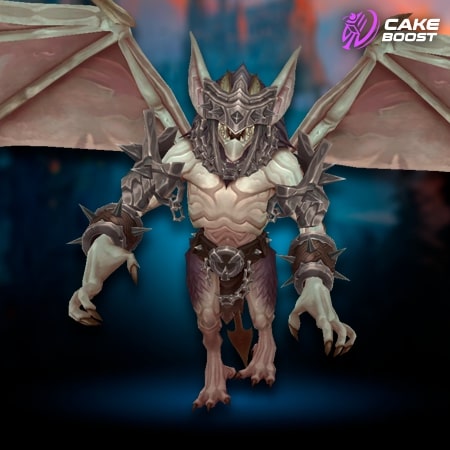 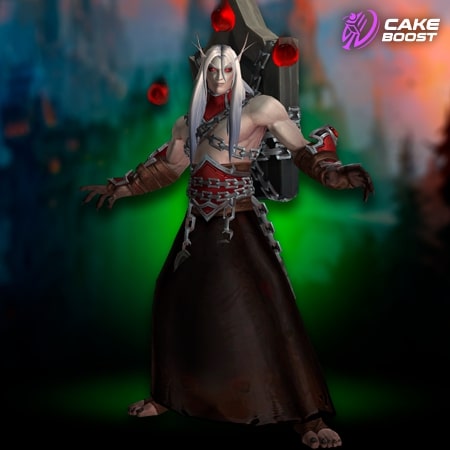 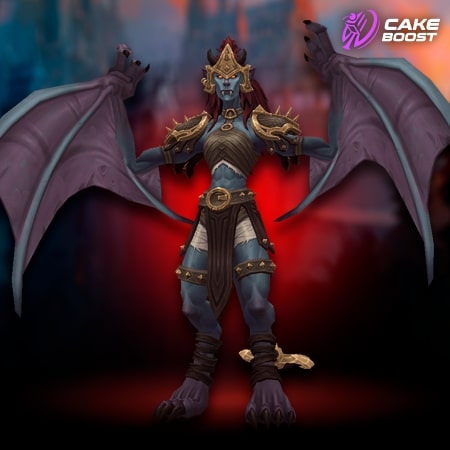 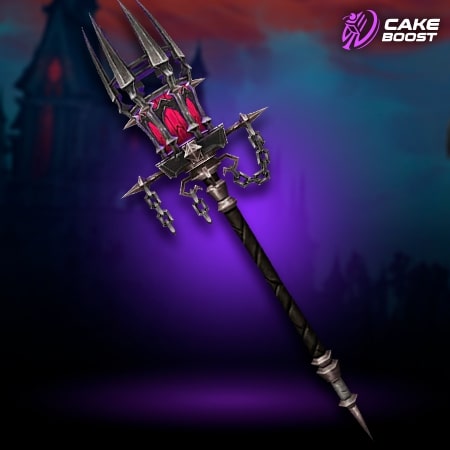 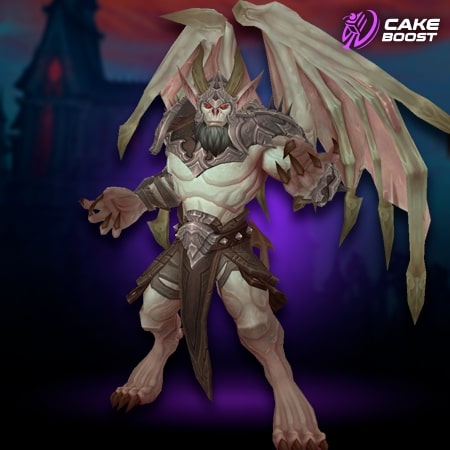