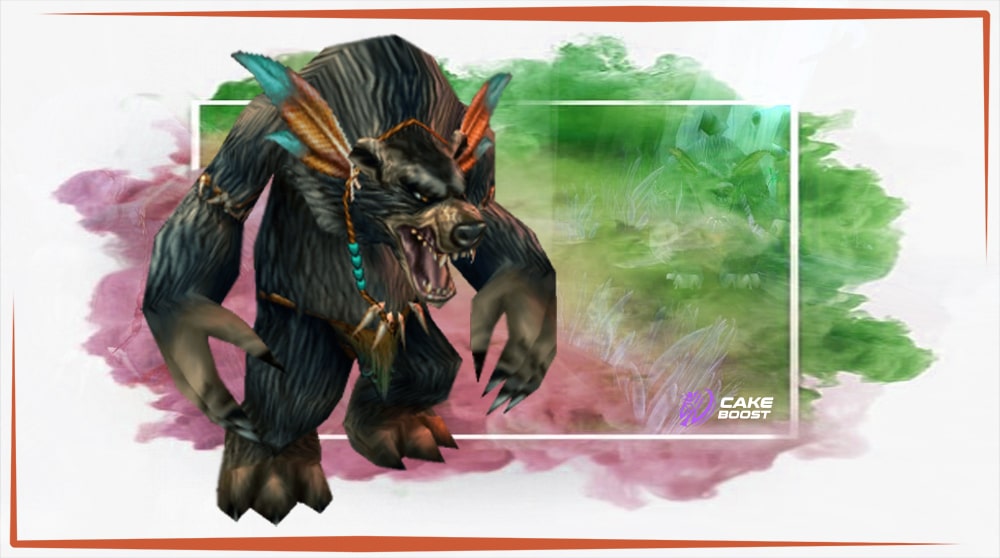 Even without the content added by later expansions, the world of Azeroth as presented in WoW Classic is a massive and vibrant place inhabited by many different groups of intelligent beings. Those groups, also known as factions, ranging from the racial governments that come together to form the Horde and the Alliance to lesser entities like Centaur clans or Goblin cartels. As you make your way in this world, you will receive plenty of opportunities to acquire a positive or negative Reputation with those factions.

Antagonizing entire groups will lock your character out of most interactions with member NPCs and eventually compel those groups to attack you on sight. Conversely, befriending them will unlock exclusive quests, unique gear, Profession item recipes, discounts, and numerous other benefits. All Reputations consist of several tiers called Standings:

The quickest way to damage your reputation with a faction is to kill NPCs that belong to it. As this may be the most convenient (or sometimes the only) method of cultivating your Reputation with the group’s enemies, you might just find it worth the trouble. Declaring war on neutral factions will allow you to attack them at will. There are numerous routes for improving your Reputation with an organization, but the most common ones require doing its quests and defeating its special enemies (although as a rule, weaker enemies will not help you climb towards the highest Standings). While you may tap the Reputation sources for some factions easily enough over the course of your regular PvE activities, others will force you to go out of your way by delving into Dungeons, taking part in Raids, or engaging in high-level PvP.

Both of Azeroth’s two main “teams” include four city or racial factions. When it comes to the Alliance, those factions are Stormwind, Darnassus, Ironforge, and the Gnomeregan Exiles. The Horde’s basic factions are Orgrimmar, Darkspear Trolls, Thunder Bluff, and the Undercity. Building a Reputation with allied factions is very worthwhile owing to the large variety of NPCs that would be influenced by the vendor discount, including merchants and Profession trainers. On top of that, Exalted Standing is necessary if you hope to ride a Faction Mount for any race but your own. Thankfully, Reputation with those factions is easy to come by, as you can simply earn it from local quests, farming it side by side with leveling.

Another way to increase your reputation is by turning in cloth items. Quartermaster NPCs for each faction accept one-time donations of 60 pieces of increasingly lucrative types of cloth. Donating Runecloth, the highest-level cloth item, unlocks a repeated quest that trades 20 Runecloth for a lesser but still considerable Reputation reward. You might loot cloth items from any enemies you encounter in PvE, though you can concentrate on dungeons like Scarlet Monastery and zones such as the Western Plaguelands to farm rarer types.

In addition to the city factions, the Horde and the Alliance both have separate factions taking part in the three Battlegrounds. Logically, you can acquire Reputation with those groups by participating and scoring victories in their respective Battlegrounds. That will also give you Marks of Honor, which you can exchange for further Reputation gains from faction NPCs. Higher-level Battlegrounds offer extra routes for currying the PvP factions’ favor, such as carrying out related quests, killing enemy NPCs, or controlling locations at the event’s end. Each Standing you unlock with them enables you to purchase several new items, including consumables and powerful gear.

The Argent Dawn is among the more prominent local groups, mainly active in the Plaguelands. They give out many quests, mostly focused on those two zones, but also acknowledge your efforts in thinning the ranks of the Scourge. While dispatching lesser Undead opponents will only give you enough Reputation to get halfway into the Friendly tier, elite monsters in open-world zones and ordinary enemies in the Scholomance and Stratholme dungeons can get you through Honored, and vanquishing their bosses can raise you towards the Exalted milestone.

Equipping one of several Argent Dawn commission items will allow you to retrieve Scourgestones from any of the Undead enemies in the region. You may then exchange those hard-won tokens for more Reputation, though if you are after optimal results you might prefer to hold off on that until after Revered. Argent Dawn rewards such services with crafting formulae and upgrades, including potent resistance-boosting enchantments.

Timbermaw Hold starts out Hostile. If you want to befriend those furbolgs, you should run away rather than try to fight them. Fortunately, and in contrast to his kin, their quest giver Grazle is willing to speak with you right away, giving you an opportunity to impress the rest of the tribe. By completing Grazle’s – and later other Timbermaw Hold residents’ – introductory tasks and slaughtering their enemies from other furbolg tribes, you can eventually build up your Reputation and gain access to unique recipes.

Shen’dralar Night Elves offer several quests that revolve around ancient objects left behind in the Dire Maul dungeon. That includes one-off quests for class books dropped by local bosses and repeatable missions that require you to collect Librams and other materials. While the Reputation gains here are mostly just for flavor, the scholars do offer some valuable unique trinkets as well.

The feuding Gelkis and Magram Centaur Clans are much simpler groups to deal with, if also less lucrative. You can win their favor by vanquishing the members of the rival group and then use it to complete other quests; they offer no advantages beyond that. The Syndicate and Ravenholdt criminal organizations operating near Alterac have a similar vendetta and also favor characters who kill their nemeses for them, though Ravenholdt offers more quests, especially for Rogues. Also in that vein, Bloodsail Buccaneers are only satisfied if you kill Booty Bay faction members. However, unlike the previous examples, they do offer rewards: pirate clothes (fancy, but useless as armor) and a fancy hat that lets you summon a Blood Parrot.

Unfortunately, Booty Bay is part of the Goblin Steamwheedle Cartel super-faction, along with Gadgetzan, Ratchet, and Everlook. Killing its citizens will also harm your relationship with those other Goblin settlements. The good news is that Hated characters can patch up their relationship with each of those Cartel factions through repeatable quests requiring cloth of a certain type and a reagent. While those factions offer no special rewards other than the assistance of their guards, their settlements are major neutral hubs with many quest givers and vendors, so staying on their good side is important.

Compared to the retail version, developing a Reputation with Darkmoon Faire in Classic remains a considerable challenge. Turning over prize tickets earned from repeatable quests will not let you rise past Friendly. After that, you will need to assemble and hand over full decks of cards, including Aces that may be dropped by certain bosses. Again, you will get no special benefits from raising your Reputation, but the discounts and the boons offered in exchange for the cards themselves may make it worthwhile.

The earliest raid-related Reputation you can acquire is with the Hydraxian Waterlords, who are the natural opposites of the Firelord's of Molten Core. Defeating their elemental enemies in Silithus, the Burning Steppe, and the Eastern Plaguelands will let you receive more challenging and rewarding quests, eventually tying into the raid. Overcoming the Waterlords’ rivals in Molten Core itself will help motivate them to gift you with the quintessence you need to summon and finish off its last two bosses.

The Thorium Brotherhood is not as vital to the raid but still strongly connected to Molten Core. Collecting items from the Searing Gorge, the raid itself, and Blackrock Depths will allow you to earn the Standing required to access their elite crafting plans. Note that you will not need a particular Reputation to get the Dark Iron Dwarves to help you forge Sulfuras, Hand of Ragnaros, although a blacksmith of the required skill would want to befriend them anyway.

Your Zandalar Tribe Reputation is intimately connected with your successes in the Zul’Gurub raid. The trolls reward you for killing enemies and playing through repeating quests in that raid instance. Instead of dropping gear directly, Zul’Gurub bosses drop tokens which you may trade-in for class-specific rewards when you return to the Zandalar trolls. The specific reward you get is determined by your Reputation with them, so you will want to build it up in advance. They offer other items and recipes to people they like as well.

Making progress in the Ahn’Qiraj raid requires the favor of the Brood of Nozdormu, which is easier said than done, seeing as you will enter the questline at Hated. Putting down Ahn’Qiraji monsters and bosses in Silithus or the Ruins and the Temple of Ahn’Qiraj or finishing related quests will gradually win over the haughty Bronze Dragons. Higher Standings gives access to extra quests for superior raid gear. Each positive Standing may also let you upgrade the epic ring you get by defeating C’Thun. Killing enemies and finishing quests in Ahn’Qiraj and Silithus will also raise your Standing with the Cenarion Circle, enabling you to buy their vendors’ recipes. 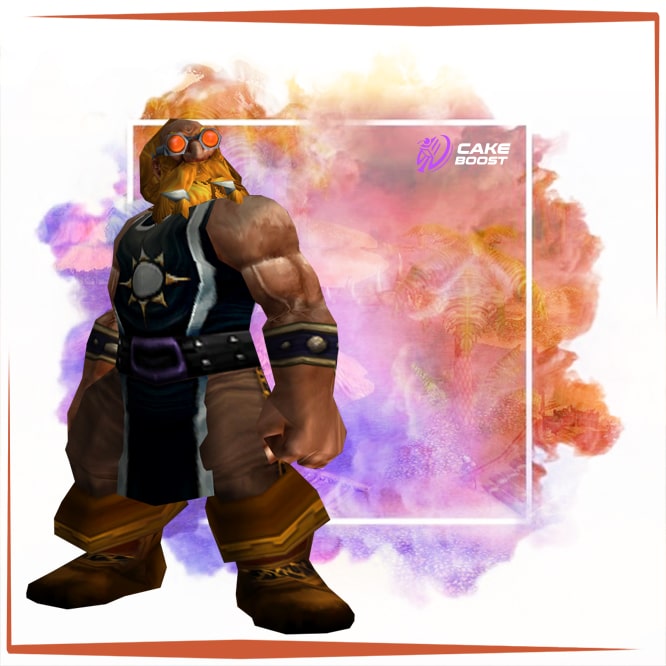 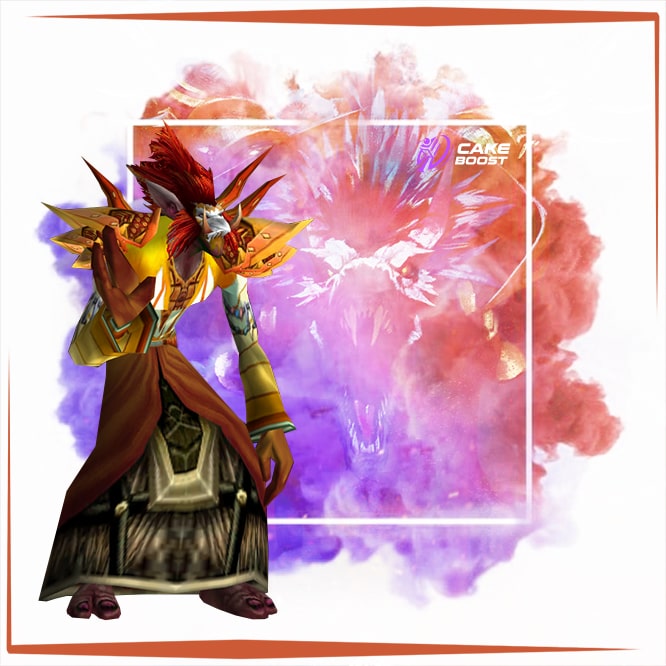 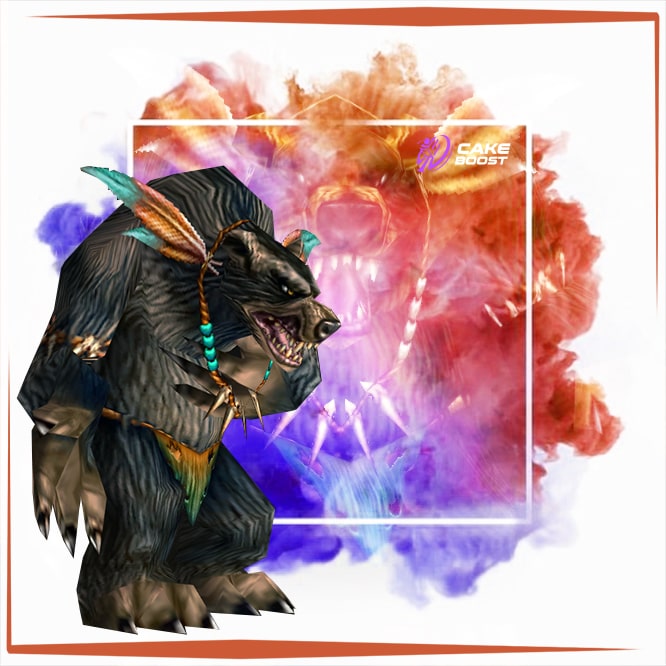 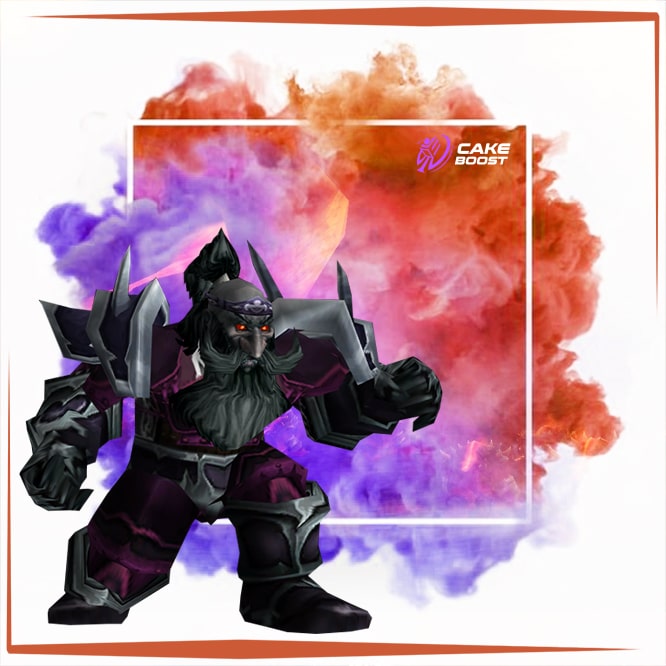 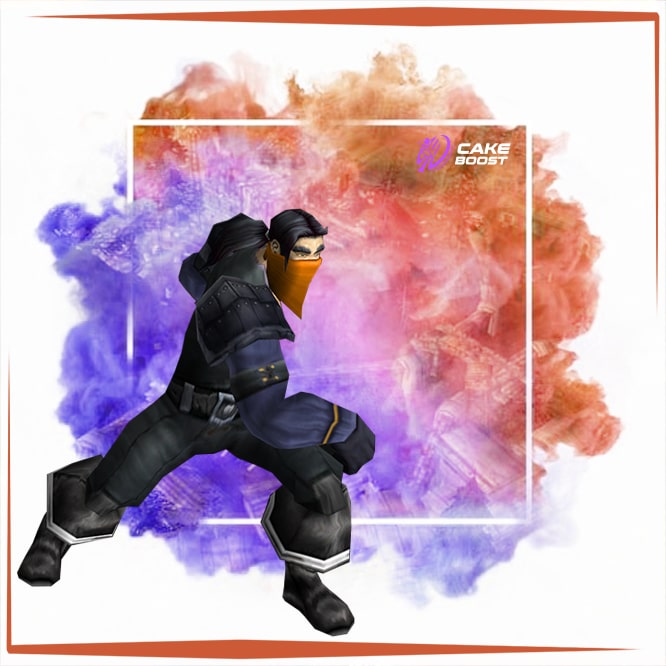 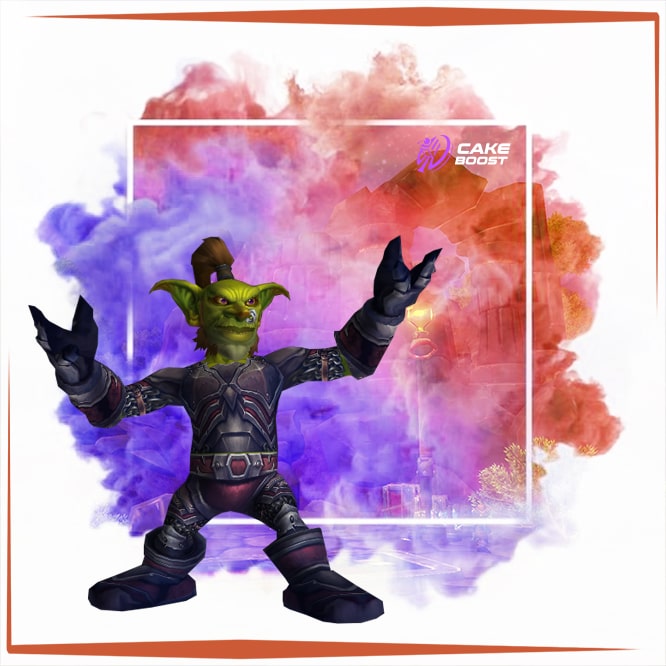 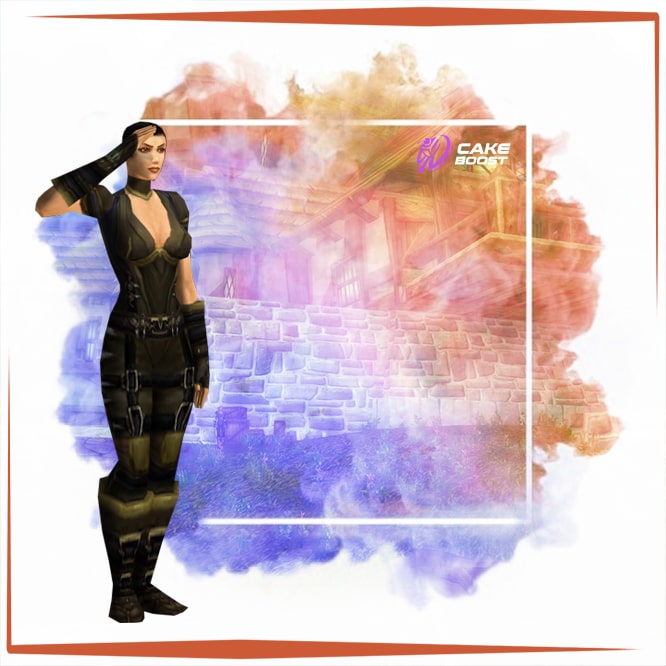 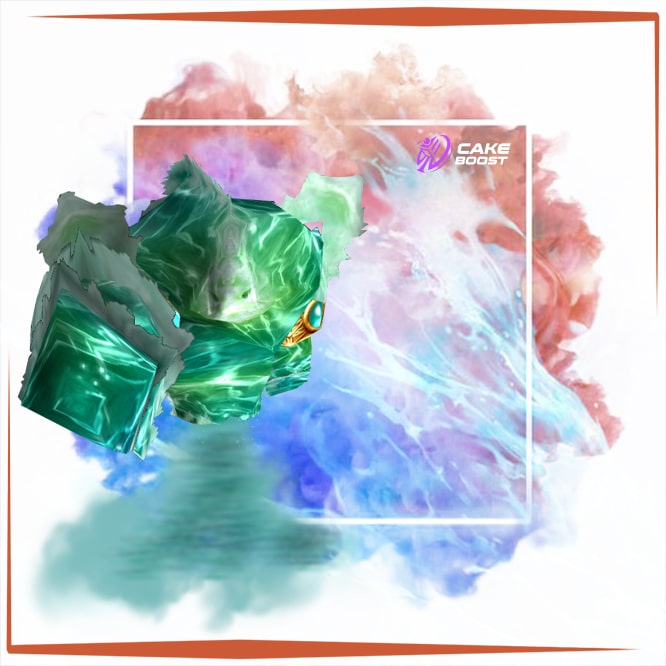 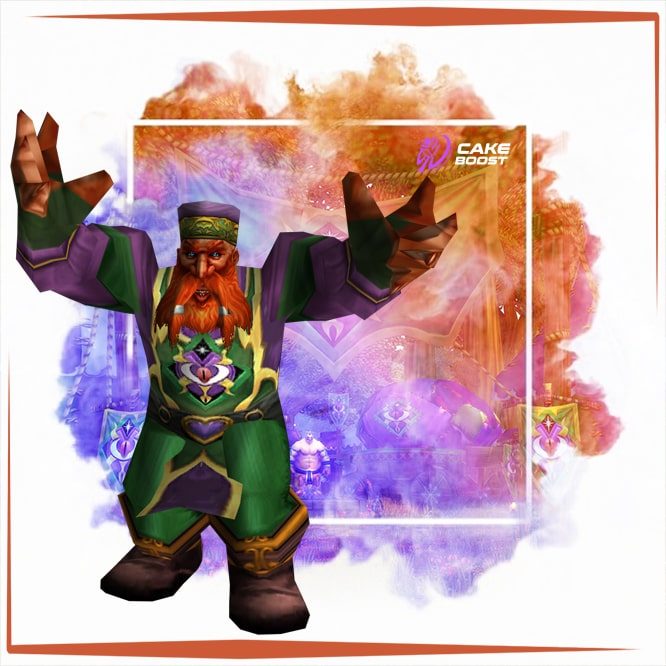 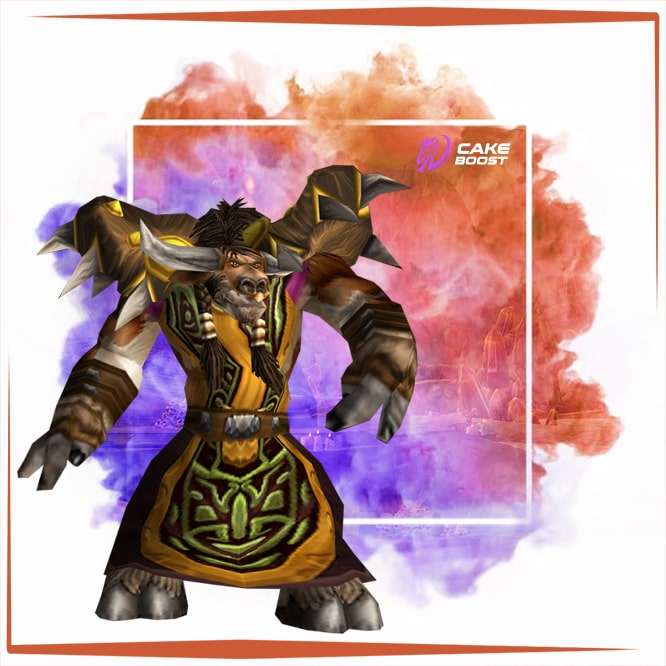 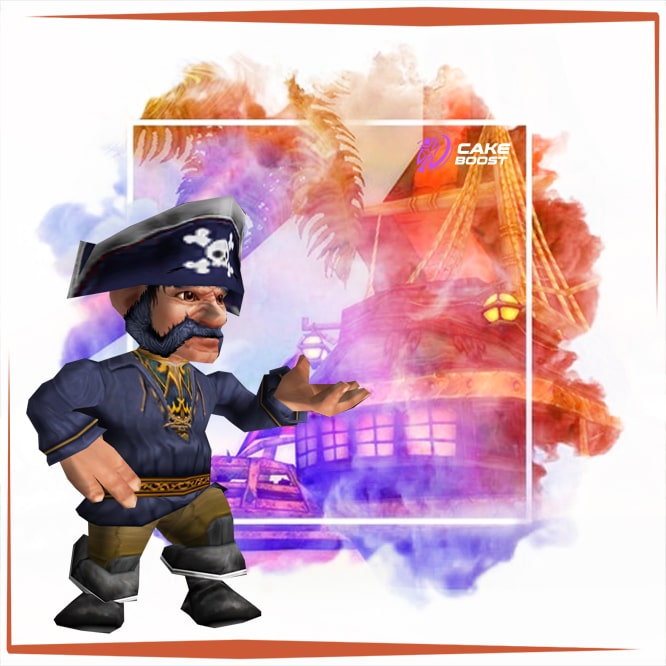 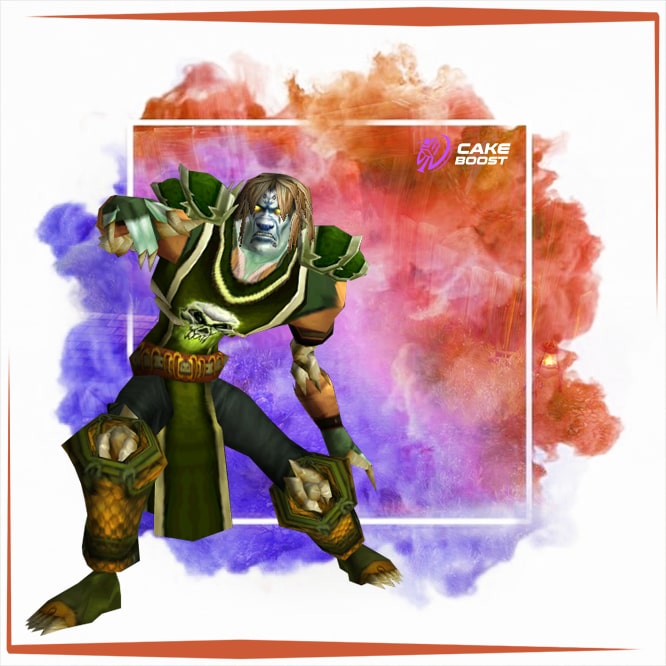 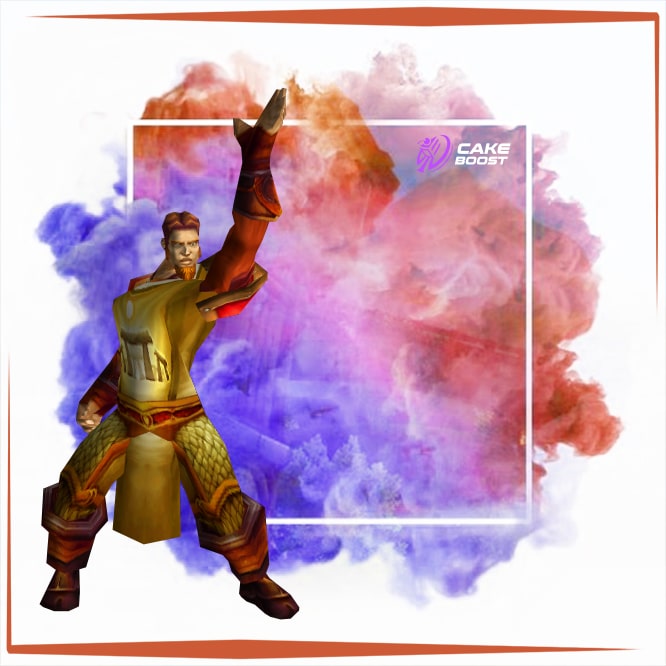 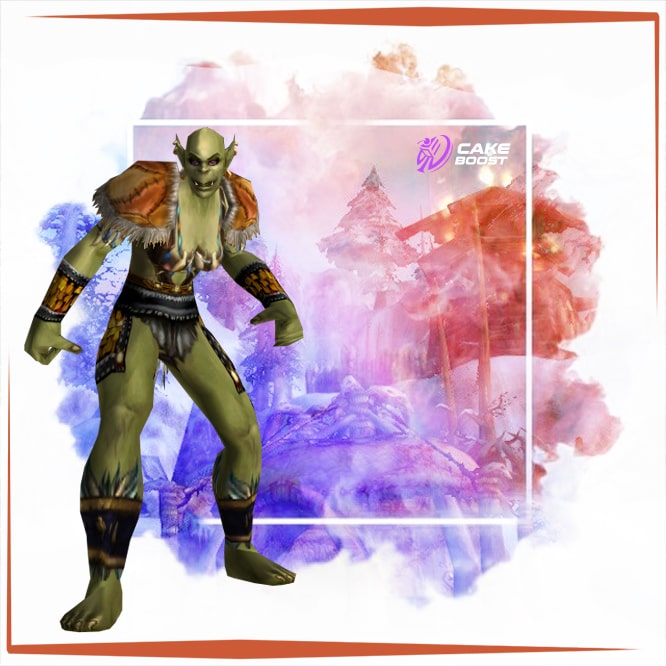 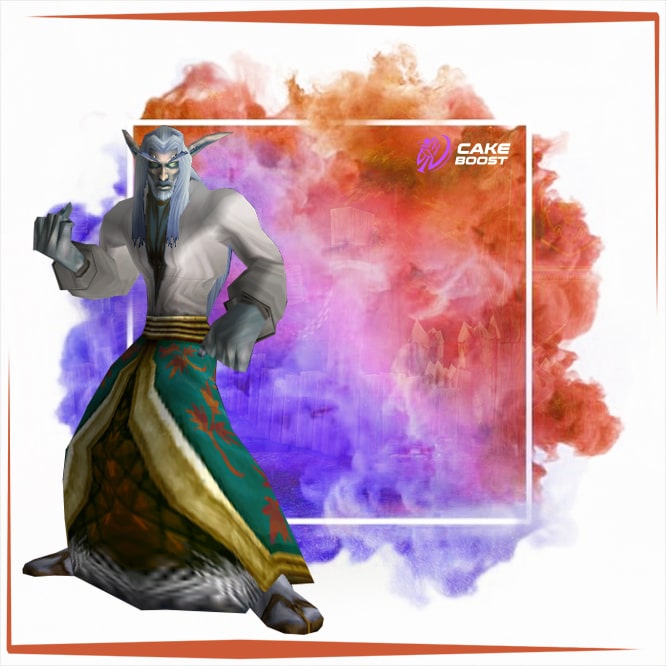 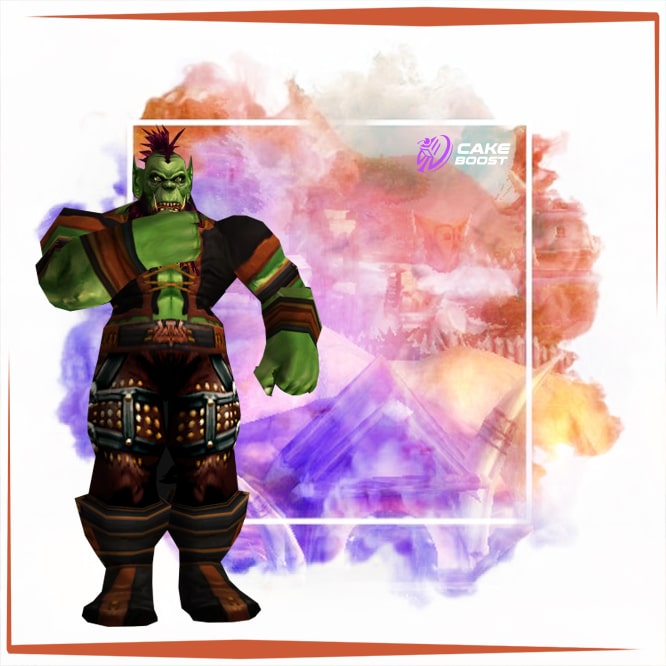 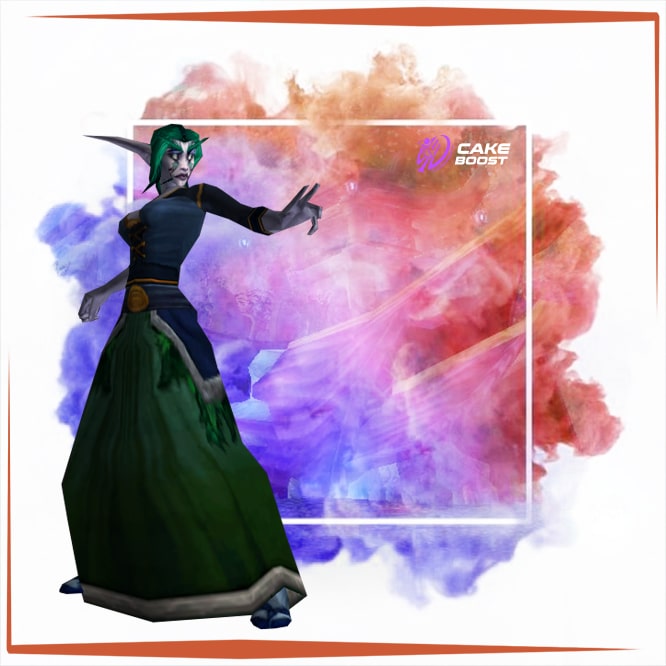 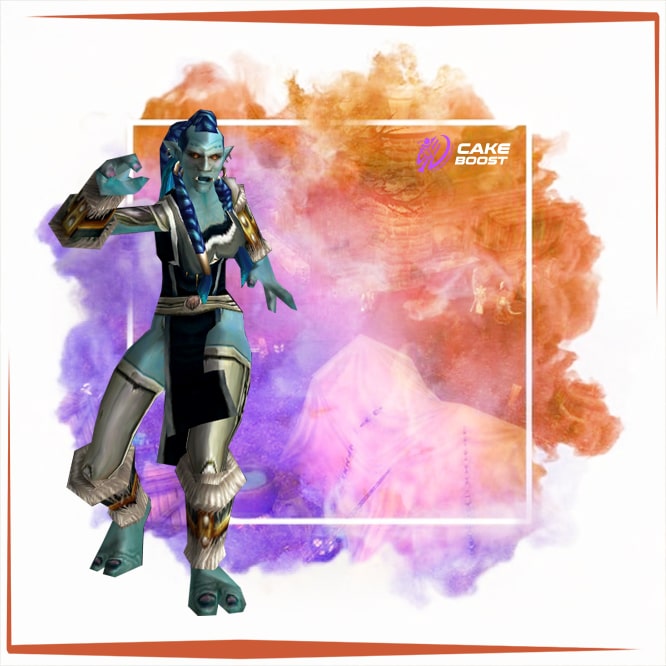 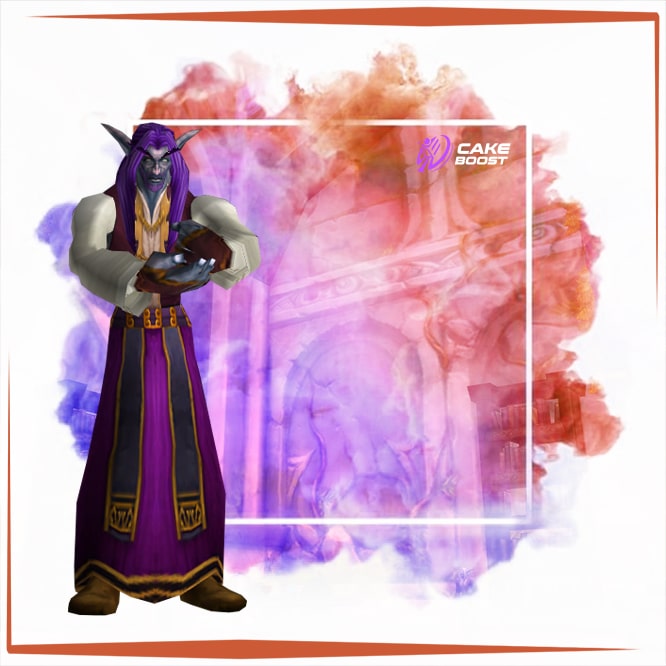