Raid WoW carries are your best option for getting all the benefits of raids without the time commitments or the stress involved in organizing raid groups and completing runs all by yourself. Items, mounts, achievements, and more from all the wow raids in Dragonflight and the previous expansion can be acquired here. CakeBoost’s professional boosters can complete them quickly for you or with your participation. 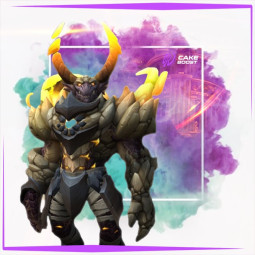 Vault of the Incarnates 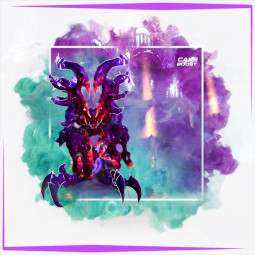 Raids have always stood at the pinnacle of PvE activities in WoW. Those sophisticated instances string together multiple deadly encounters that offer both a serious challenge and amazing loot to those who overcome them. The most recently added raids have always offered the finest loot around, particularly in their highest difficulty. However, raids have never been easy. Players must be willing to invest hours of effort for preparation and the actual run. They must also find or assemble a large party capable of working together to clear the raids.

Players wishing to advance through the latest endgame will need to loot each Dragonflight raid as it appears. Yet not everyone will be capable of doing so, whether due to difficulty or poor timing. CakeBoost’s Dragonflight Raid boosting services allow our customers to leave this task to our skillful professional boosters. They will acquire all the desired Dragonflight raid loot, quickly and assuredly, freeing clients to enjoy the endgame at their preferred pace.

What Can I Get With A Dragonflight Raid Boost?

In our Dragonflight raid boost category, we offer the following kinds of WoW raid boost services for different raids:

Customers can count on receiving the following benefits from each WoW raid boost in this expansion’s series of raids:

We plan to provide WoW raid carry services for all active raids in this expansion. For now, only the initial Dragonflight raid has been revealed and added to the WoW raid boost catalog (see the Vault of the Incarnates Raid Boost page). However, as new raids become available, carries for those raids will appear on our website.

By default, each WoW raid boost is done through account-sharing. Our employee will play from the customer’s account, controlling their hero. This method enables the most efficient raid boost progress, since our player could complete the raid boost without distractions and use optimal tactics to tear through all encounters. The client can simply rest and wait for the loot. A selfplay WoW raid carry can be arranged on request, letting the customer retain control over their adventurer while providing them with a pro party. This WoW raid carry method would enable clients to explore Dragonflight raid content and fight for loot in person without the complications of making their own party.

Our services for this expansion go well beyond raids and include everything in these popular categories:

Raids are serious undertakings. Most variants of raids involve ten to thirty players. Finding such a group and scheduling a session can be almost as difficult as coordinating everyone’s actions during live raids. Encounters in the most recently implemented Dragonflight raid can be expected to be the toughest fights in the entire MMORPG. The opponents involved are not only tough, but also employ many complicated and deadly mechanics. Victory in raids is never assured, as one small misstep can doom the whole run. Yet, the loot raids promise is too good to pass up. That is why WoW raid carry services enjoy such popularity.

Customers seeking to purchase a Dragonflight Raid boost service from CakeBoost should proceed according to those instructions:

Our Dragonflight Raid Boost WoW services allow players to break into the current endgame swiftly, assuredly, and at a reasonable price. In addition to the equipment and other useful loot acquired during the raid boost, registered users will receive a bonus currency they can spend on any of our WoW raid boost or other services. That means our customers will be well-prepared for the release of future raids and better loot, whether they wish to purchase more WoW raid carry services or deal with those raids themselves. Newcomers can register for a first-purchase discount on any services, including raids, loot runs, and so forth. Our frequent discounts and numerous bundle deals can lower WoW raid boost prices even more.