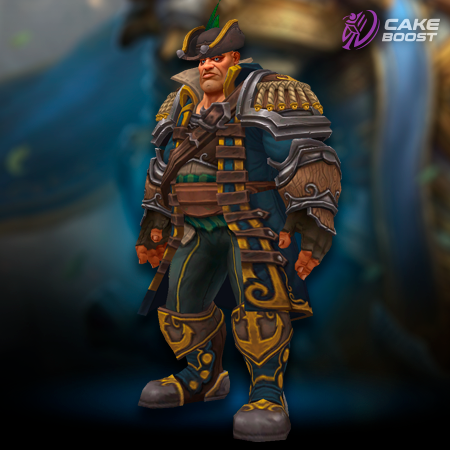 Our professional players will help you not only complete the desired Kul Tiran Heritage Armor but also coach you how you should behave in all encounters. Learn all tips and tricks for your class from real game gurus.

Kul Tiras is a powerful maritime empire, spread out over the archipelago of islands in the Great Sea, in the West of the Eastern Kingdoms. These lands were colonized by Gilnean sailor. Proud and strong Kul Tiran humans live here. During the Second War, the empire of Kul Tiras was the main naval force, and it was here that the main confrontation to the Orcish Horde took place.

After the Second War, these lands and their inhabitants seemed to distance themselves from the outside world and did not influence the course of world history for a long time, remaining in the shadows ... Now the Alliance needs a new strong leader and ally, who will help the faction to change the balance of forces in the future confrontation with Horde forces. The immense naval forces and military resources of the Empire make Kul Tiras the best ally for the Alliance.

As with any island empire, sailing is the main business for Kul Tiran Humans. From generation to generation, the inhabitants of the maritime state carefully convey traditions associated with the sea. This tradition permeates the history of the whole people to the very beginning.
Despite the fact that the residents and the government of the Empire treat guests favorably, you should not forget that this archipelago was isolated for a long time, so be prepared for the peculiar character of the local inhabitants. You can also get Heritage armor as a reward, reaching max level playing for a character of an allied race without resorting to the help of in-game boosts.