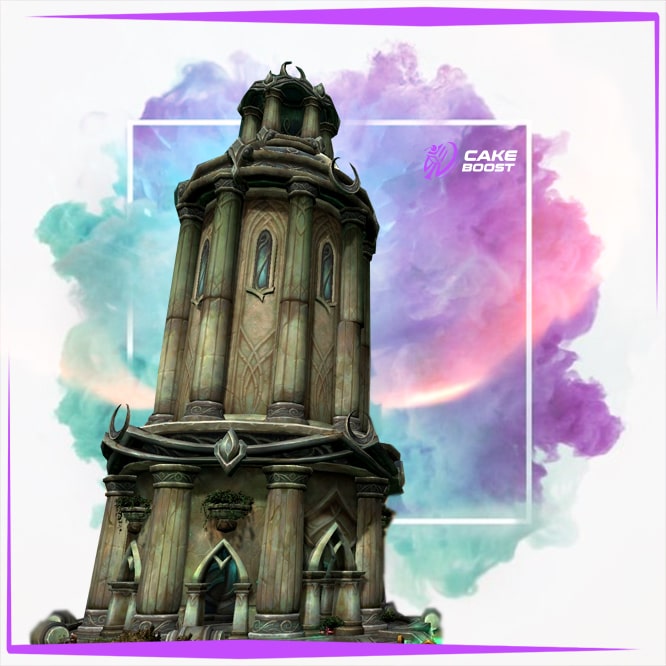 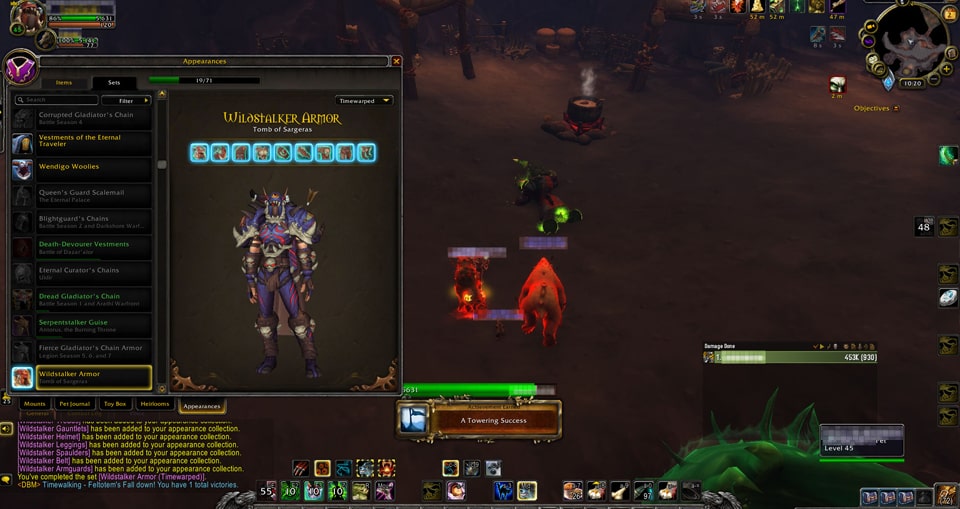 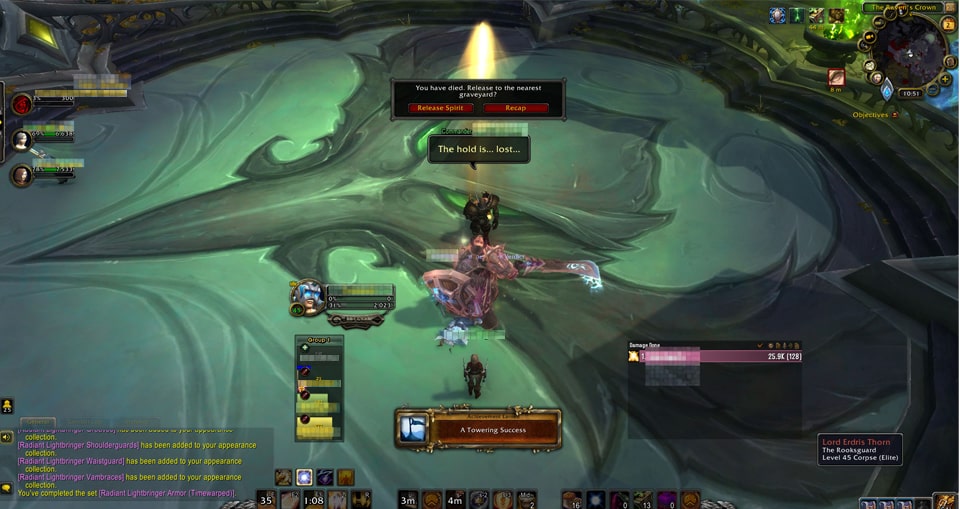 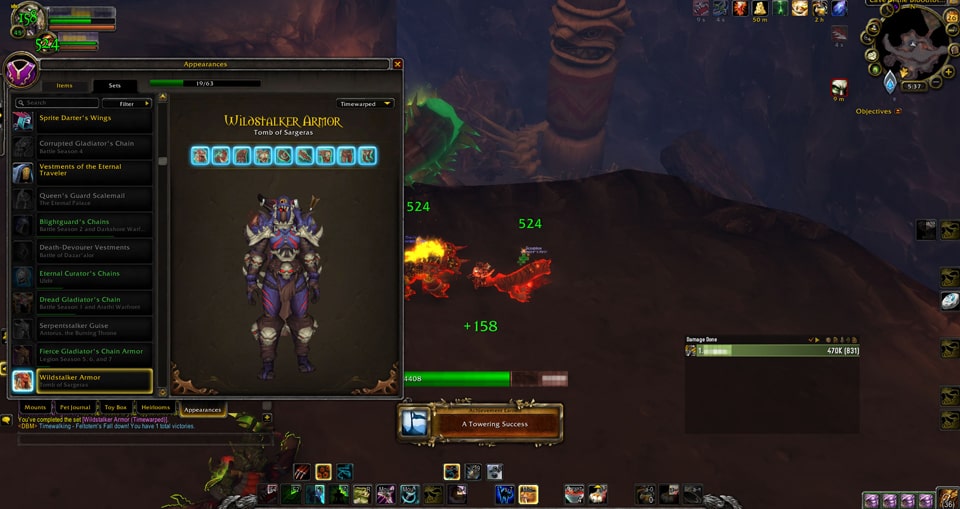 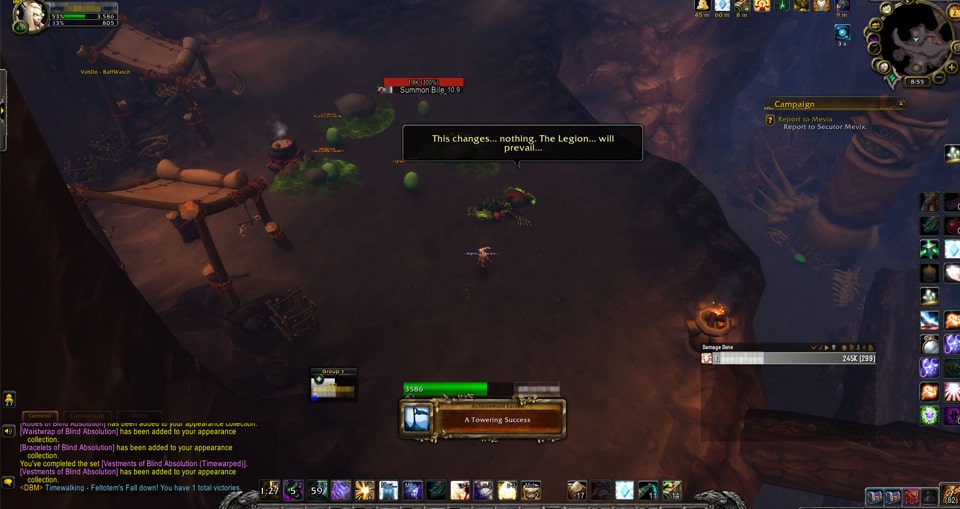 The Mage Tower presents a time-limited opportunity to earn exclusive prizes by completing tough solo boss fights made for your class and spec. It first appeared in World of Warcraft during the Legion expansion. Now, in the wake of Shadowlands’ 9.1.5 update, it’s back as part of the Legion Timewalking event. The challenges are harder than ever, but there are also brand-new cosmetics and achievements to seek. Buy our WoW Mage Tower boost, and you will definitely receive all the rewards that you desire, swiftly and without any effort on your part.

Heroes will have a chance to brave the Mage Tower during Legion Timewalking events. The first such event in the 9.1.5 update is set to last from December 7 to December 21 in 2021. Later events will run for a week. Even if you find the time to take on the Mage Tower bosses in those intervals, success is far from assured. Each boss encounter is designed to provide the ultimate test for multiple class specs. Your character and equipment will operate at a lower level during the encounter, and you will have no access to expansion features like Legendaries or effects from Covenants.

In the light of such difficulty, you should consider getting professional assistance to claim the prizes you seek without any hassle. Here at CakeBoost, we offer high-quality, guaranteed boosts for Mage Tower challenges at competitive prices that are subject to heavy discounts. If you are a repeat customer, you may receive further bonuses as well. You can order the completion of any or all encounters when you buy Mage tower challenge boosts from us. By specifying classes for the boost, you could ensure the acquisition of its unique equipment cosmetics. If your character does not meet the starting requirements, you can also save on those preparations by ordering them here.

How to Complete Mage Tower Challenges

To take on a Mage Tower challenge, you will need to travel to the Broken Isles and speak to an NPC called War Councilor Victoria. You will be assigned a quest based on your class specialization. There are seven such quests in total, each designed for several specs that share a role. The Tower will transport you to a location where you will face one or more bosses. All of those fights require you to use the full range of your adventurer’s abilities to prevail and finish the quest. In addition to special mechanics, you will need to adjust to the restrictions and not having any backup. If you wish to take on this content yourself, you may want to purchase PvE coaching to help get ready.

The Mage Tower quests offer unique and enviable cosmetic rewards. However, as you can see, they are not for everyone. You may not have the time to master those encounters in the comparatively brief stretches when they are available. Furthermore, you might not enjoy the solo boss fighting experience. The fights are rather complex and more difficult than they were in their previous version. Failing over and over again is a frustrating experience. Buy Mage Tower boost from CakeBoost, and you will get the results you want in a time and cost-effective fashion while skipping all the frustrations.

During Legion, the Mage Tower had to be constructed by the players at Deliverance Point on the Broken Shore in the southeastern Broken Isles. The location is unchanged, but there is no need to repeat the construction tasks. The Mage Tower can be entered right away during the Legion Timewalking event. If you ever completed the Broken Isles storyline from Legion, all your characters should have a Dalaran Hearthstone that will let you get there quickly. Otherwise, Stormwind and Orgrimmar have portals leading to the same place.

Other than bragging rights and the desire to test yourself, the rewards are the main reason to travel to Deliverance Point for this event or purchase a Mage Tower challenge boost. The rewards are purely cosmetic, but very striking and exclusive. You will always receive an appearance (skin) for your armor when you complete your first challenge with a class. Guardian Druids also unlock an alternative skin for their bear form. Finishing all seven quests will grant you a special flying mount. Finally, there are achievements to earn. Your prospective prizes are examined below in more detail.

All Rewards from the Mage Tower in the Legion Timewalking Event

Each class has an exclusive cosmetic armor set that may be unlocked at the Timewalking Mage Tower. You can preview all of them here. The sets are effectively fancier reskins of the Tier 20 class armor sets retrieved from the Mythic version of the Tomb of Sargeras raid. Nevertheless, they definitely stand out and are unlikely to be confused with the originals. Among other improvements, they incorporate advanced particle effects. Thanks to transmogrification, you can use those appearances with nearly any other kind of armor in the MMORPG.

The original Mage Tower let Guardian Druids claim a werebear skin for the Druid bear form after completing their challenge. That form remains exclusive to those who finished the Mage Tower during the Legion expansion. However, completing the Guardian Druid quest in the Timewalking version of Mage Tower now unlocks a different version of that form. The fel werebear skin is distinguished by a sinister glow and demonic markings, ensuring that it will not be mistaken for any other version of that form.

Playing through all seven quests at least once will let you claim the Mage-Bound Spelltome. This item allows you to summon the Soaring Spelltome epic flying mount. As its name implies, it is a huge magical book that you can ride through the air. Attentive members of the WoW community may recognize it from an earlier poll on adding a free mount to all Shadowlands accounts. While the Wandering Ancient tree mount won the contest between mount concepts that time, the Soaring Spelltome caught many people’s attention and is now a part of the game too.

There are several achievements that you could get to commemorate your success in the Mage Tower. Completing any quest whatsoever will give you A Towering Success. Finishing all seven quests is marked by A Tour of Towers as well as the Soaring Spelltome mount. The final achievement, Tower Overwhelming, is a Feat of Strength and brings no benefits other than the acknowledgement of exceptional dedication and skill. To get it, you would have to complete every challenge with every available class and specialization, confirming your prowess with all the player powers in WoW.

Obtaining the Soaring Spelltome Mount with the Mage Tower Boost

If you have your heart set on the airborne spellbook, our Mage Tower Boost presents an ideal way to acquire it before the event’s end. Simply request seven challenges or order the Soaring Spelltome boost. Our booster will play through those challenges as efficiently as possible to complete the required tasks in a minimum amount of time. That will save you a lot of effort figuring out the ideal class specs for each challenge, as well as actually defeating their bosses in a reasonable timeframe. The achievement, the mount, and all armor skins unlocked in the process will be yours.

Completing All Achievements with the Mage Tower Boost

Our Mage Tower boost WoW is also perfect for achievement completionists. The limited-time nature of the challenges and the fact that 100% completion will require completing every quest with every spec makes the Mage Tower a potentially frustrating source of achievements. Once again, you can just leave it to our boosters. Any execution of this boost will result in A Towering Success achievement. A Tour of Towers will be acquired if you ask for all challenges. Naturally, the Feat of Strength will require the most effort, but the well-rounded competence of our talent pool would enable us to complete all challenges with all classes, obtaining this achievement as well.

Requirements for the Mage Tower Boost

The minimum prerequisite for visiting the Mage Tower during a Legion Timewalking event is having a level 50 character. Despite the downscaling that affects characters and equipment in all Timewalking activities, we require level 60 characters with 210 item level gear to help us act with maximum effectiveness in and out of the challenge. We will need characters that meet those requirements for every class you want us to use in your boost. If you order the fulfillment of more than one challenge, we will require characters of all required classes to be prepared in this way.

How is the 9.1.5 version of the Mage Tower different from Legion?

The challenges are much easier to access compared to the original version. There is no need to build the Tower or complete any other tasks before you can get started. The rewards have been updated. While you can no longer get any of the old Mage Tower cosmetics, you will be able to fight for distinctive new cosmetics. The boss fights have been partly retuned and the list of banned items has been expanded. Together with the changes to classes introduced since the Legion expansion, that means a rather different experience that may be genuinely challenging even for PvE experts.

Do I need to have played during Legion to complete the challenges?

Not at all. Although the original Mage Tower was the culmination of the Class Hall campaign that was also necessary to unlock Legion Class Mounts, this version is completely separated from its roots. Aside from making it slightly easier to find your way to the Tower and giving you some forewarning about the bosses, having played Legion grants no real advantage to players. The fights have changed substantially with tweaks to boss mechanics and additional banned items or spells, so approaching the challenges fresh and without preconceptions may actually be better.

What if I do not meet all the requirements for the Mage Tower boost?

If your character(s) and/or items fail to meet the prerequisites for our Mage Tower boost, you can simply ask us to remedy this deficiency. You may order modular powerleveling, creating that shop from your current position to the desired one, as well as gearing runs. Alternatively, you could order those services from this very page. That way, our boosters will definitely know that it must be completed ahead of the Mage Tower boost and in time to take part in the Legion Timewalking event.

Can I get other WoW boost or carry services during the event as well?

Of course. While the Timewalking events are typically a major priority when they come around, you can always get more of our WoW Carry services or similar services for our other games. Our boosters will try to complete these boosts as quickly as possible. If you wish to purchase several WoW services at once, make sure to explain the order in which they are to be done. As a practical constraint, one account can only be used for one boost in a game at a time, unless they may be done in the same zone during the suspicious activity. 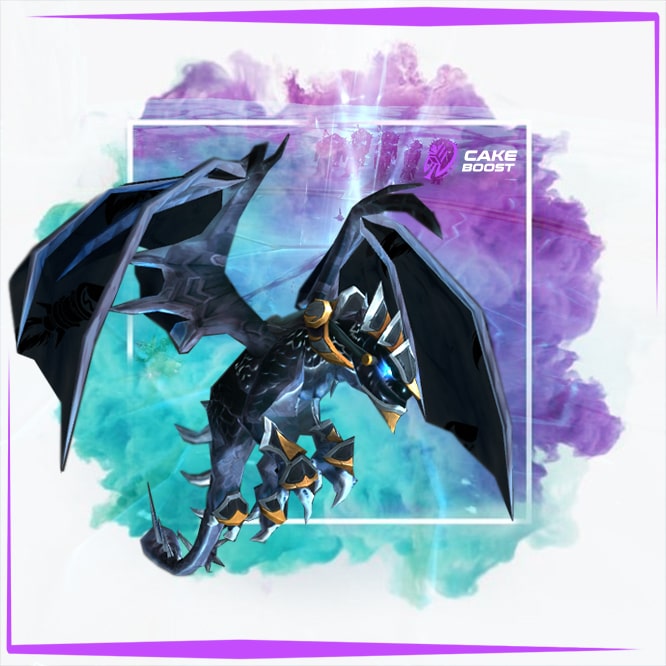 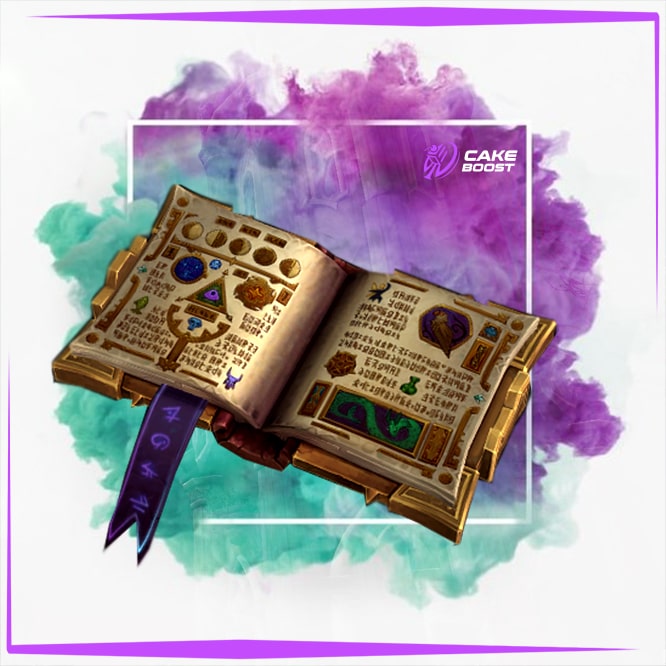 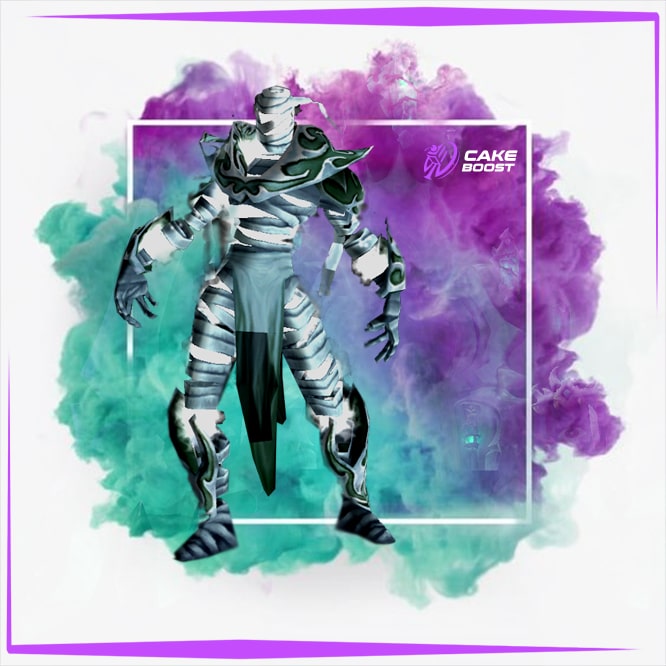 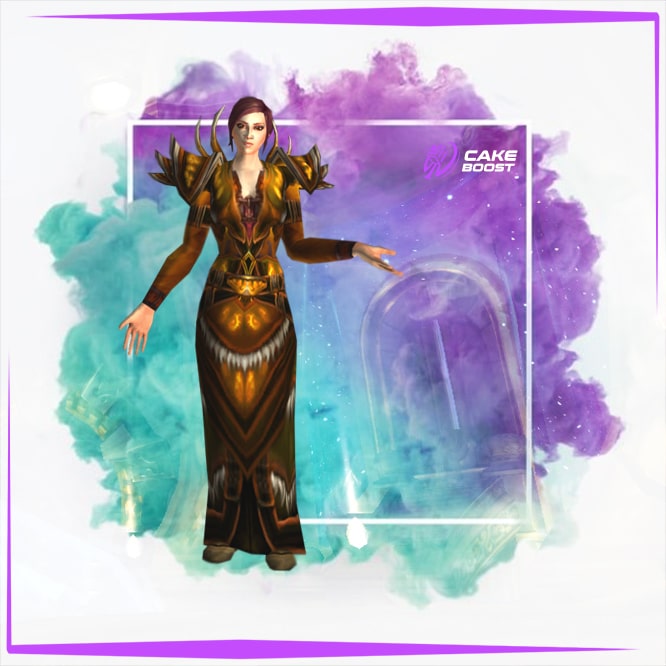