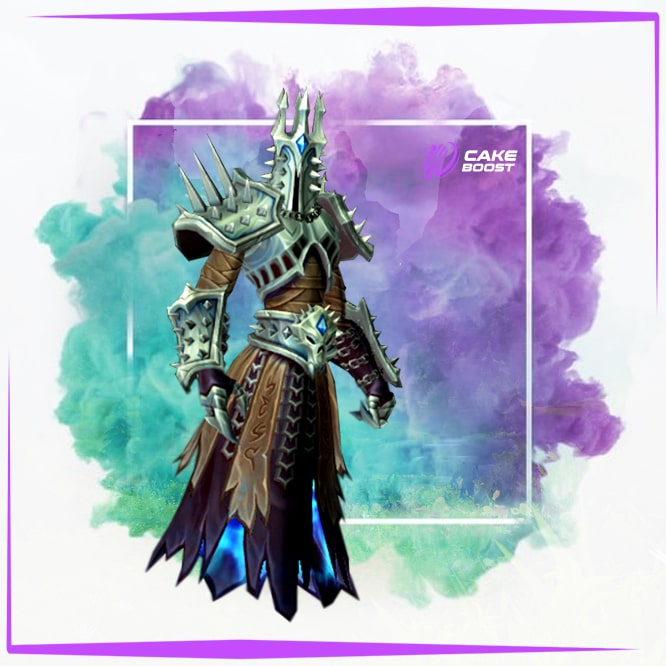 Jailer’s Gauntlet is a new mode, added to the Torghast, Tower of the Damned. It was introduced into the game in 9.2.0: Eternity’s End. Torghast is a popular, basically endless dungeon, added back when Shadowlands released. There are several differing modes with their own rules.

The Jailer’s Gauntlet’s deal is that it’s a boss rush mode. Essentially, you’re to go through several floors, filled with variably difficult mobs and bosses (sometimes thrown at you simultaneously). Because of it, this dungeon mod is exceedingly challenging, but also very fun and rewarding.
People who don’t appreciate this sort of painful fun, but still want all the rewards, can get a boost that completes the Torghast Jailer’s Gauntlet for you.

Torghast Jailer’s Gauntlet Carry Service: How Does It Work?

Torghast Jailer’s Gauntlet is one of several modes, playable within the bigger Torghast dungeon. It’s a boss rush mode, meaning you’re thrown into a relatively small number of chambers, but most of them are filled with bosses and not much else. The game throws you into constant bossfights, while providing bonuses on the way.

It’s divided into 4 difficulty layers, 2 floorsin each. The floors differ slightly in the ways they pit you against enemies. For instance, floor 4 spawns masses of mobs in waves until you kill a sufficient number of these. Floor 8 is a final boss arena, styled as Adamant Vaults, another section of Torghast.
There are also some special features:

Compared to some other parts of Torghast, you don’t encounter traps, puzzle sections and as many packs of weak mobs on Jailer’s Gauntlet. Boss battles are a main focus here, and they are actually pretty small compared to big, sprawling pathways in neighboring Torghast modes.

Jailer’s Gauntlet sets you against bosses from other areas of Torghast. These are challenging, and you need a part of very high-level characters to beat four difficulty tiers (layers) ahead. Each of these is tangibly harder than the other. It takes a band of high-level players and a long time to beat the Jailer’s Gauntlet mode.

That being said, there are some unique, tempting rewards received after defeating all enemies in the layer. So, it is reason enough to pay someone else (like a party of professional players) to beat the dungeon for you. That’s precisely how a Torghast Jailer’s Gauntlet carry service works, but here’s the process explained:

Why Should You Buy Torghast Jailer’s Gauntlet From Us?

It’s a practical question. Some regular players may find it hard to complete all 4 layers and claim subsequent rewards. If the task is delegated to a team of high-level professionals, which is the whole point of the Torghast Jailer’s Gauntlet boost, the dungeon can be finished in days. They do it as a full-time job, meaning they know what they’re doing.

In terms of transparency and quality control, Cakeboost received over 1700+ positive reviews over the course of our existence. Indeed, an overwhelming majority of such reviews praise speed of completion, personal approach to its customer, regular updates and textbook completion of all tasks.

High quality and transparency at a competitive price, in short.

By ordering a full Torghast Jailer’s Gauntlet completion, you’re entitled to these:

The rewards include minor loot and a unique mount. In addition to that, running through these said levels will generate a lot of Soul Ash and Cinders for you – these currencies are used for crafting and upgrading legendary items. Furthermore, some random loot and Adamant Vaults completion loot can also be obtained at the end of the Jailer’s Dungeon run, but only with some probability. The completion time of the Jailer’s Gauntlet mode of Torghast is up to 2 days.

The Jailer’s Gauntlet mode is hard, but it doesn’t take that long to complete it fully – it’s only 8 levels. For a team of hardened WoW players, it’s not much of a challenge. However, it can still take several tries to complete each individual floor. The bosses are unforgiving, and there are often several of them in one level.

Still, the professional completion time is much shorter compared to most regular players, because Cakeboost employees don’t get distracted by side activities, they already have a full party and it’s unlikely some of them will leave for something else, because it’s their job.

Type of service refers to the method of boosting. It’s possible to select a piloted boost (which means the character will be delegated to a booster alongside a party of pros) or self-play (you get to keep the character and attend every boosting session, but you’ll still receive a party of pros to carry you through this ordeal).

What you select doesn’t make a monetary difference, but the latter option makes it slightly different, because you have to be present during all runs, and that can prolong the completion by some time. You’ll also have to do what the party leader tells you to do during these runs if you select self-play, so that you could complete it ASAP.

Layer options are a choice of levels you need completed. A 4-layer run will get your character from the very beginning to the last stage, with all related rewards. Choosing partially will get you a faster, but incomplete playthrough of the Torghast Jailer’s Gauntlet, but that’s fine if you don’t want all rewards.

Torghast Jailer’s Gauntlet boost is a flexible service. If you buy a piloted variety (where you give your account over to the booster), you’ll have a right to receive regular reports on what’s happening in the run. It’s even possible to set up a live stream of what’s going on so you can share in the experience without suffering it.