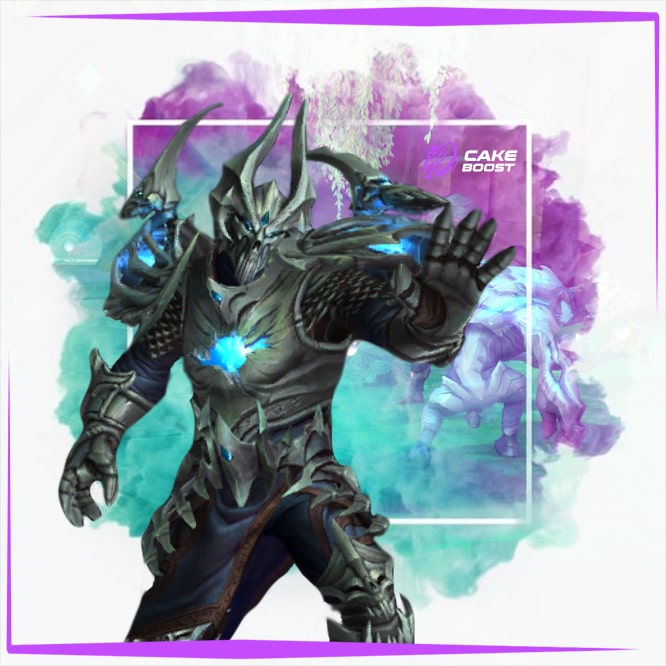 The Jailer is the true antagonist of the entire Shadowlands expansion. With the release of the Eternity’s End update, he is finally available for you to fight in the new raid. Defeating him would not be easy, but you will have to do it at least once to claim an achievement, a title, and some of his unique loot. You can use a boost to ensure victory or farm your archenemy until you get the loot you want. Buy The Jailer Kill carry from CakeBoost, and victory will be yours, assuredly and as quickly as possible. You could get a boost for different raid difficulties. Additionally, our carry service can take the form of either a piloted or a selfplay carry, depending on your boosting preferences.

The Jailer Kill Carry Service: How Does It Work?

If you wish to purchase a Jailer Kill boost from CakeBoost, proceed in accordance with those instructions:

If you are looking for other in-game services in this vein, CakeBoost has you covered. We offer an extensive selection of World of Warcraft carry services, including other Sepulcher of the First Ones raid boosts such as other Single Bosses kill boosts. Powerleveling, gearing, and farming services are a popular part of our offerings, helping players prepare their characters for any sort of content. We also provide SL PvP and PvE character boost services and carries for SL raids and SL Mythic+ dungeons, which should cover most remaining bases. Beyond Shadowlands, CakeBoost’s services extend to WoW TBC Classic, Classic Era (Season of Mastery), and many other popular multiplayer games.

Why Should You Buy The Jailer Kill From Us?

As the final enemy of this expansion and the raid, the Jailer takes the stage in an especially lucrative encounter. It will pose the hardest PvE challenge in the game so far. The fight against the Jailer consists of multiple stages. On top of being very difficult to kill, the renegade Eternal One will deploy dozens of complex and deadly combat powers. The worst of them has got to be his ability to dominate player characters, turning them against their companions. You would need exceptional player skills, patience, focus, and above all teamwork to kill such an adversary. It will become even harder on higher difficulties, as he gains more powers.

If you buy a Jailer Kill boost from us, this fight can be as easy as you want it to be. In a piloted boost, one of our employees will take over your adventurer and play alongside other boosters, using the most efficient tactics to kill the Jailer. You will be able to collect the spoils and the honors appropriate for the chosen difficulty without needing to stress yourself out with this encounter’s mechanics. Farming the fight for specific loot will be much easier as well. Just order several instances of this boost and let professionals take care of the rest. You can also get a selfplay carry, completing the encounter yourself with backup from experienced and dependable players.

Although you can buy the Jailer Kill boost from many gaming companies, CakeBoost is the ideal option for this service. Our company has been in the boosting business since 2015, assisting players in WoW and other titles. As a result, we have acquired both a solid reputation that you can confirm on TrustPilot and considerable expertise. Our boosting procedures have been refined in accordance with our experience. We have also cultivated a roster of trustworthy and capable boosters. If you buy the Jailer Kill boost from us, you will benefit from all of our resulting strengths:

As its name suggests, the Jailer Kill boost involves boosters killing or helping you kill the final boss in the Sepulcher of the First Ones raid. Note that the Jailer will only become available on the second week after the raid’s launch. If you preorder the boost now, it will be completed as soon as possible, depending on the boss’ availability and other boosts in the queue. You can select the raid difficulty for the kill. Naturally, a harder kill would cost more and may take longer time. While a piloted boost is the default option, you can always request a selfplay boost if you would rather kill the Jailer personally. Having a booster team will still help.

The Jailer can randomly drop a variety of unique rewards after the kill. Their item level will depend on the difficulty: 259 for Normal, 272 for Heroic, 285 for Mythic. The latter is the highest item level attainable in the game as of the 9.2 update. You can obtain equipment for nearly every slot or class. Some of those Jailer items possess special powers, like the Chains of Domination trinket that stores damage dealt to a “chained” enemy before releasing it in an area of effect attack. Additionally, you may get upgraded Conduits for your class. Defeating the Jailer would count towards unlocking more raid loot options in the Great Vault and add his loot to the prize pool there.

Besides equipment, the kill can let you claim a variety of other rewards. A Heroic Jailer kill and a Mythic Jailer kill committed before the release of the next raid tear would each come with their own special Feat of Strength achievement. The latter is associated with an elite PvE title. Additionally, a Heroic kill would yield the Fractal Cypher of the Carcinized Zerethsteed mount. A Mythic kill accomplished during this expansion is guaranteed to grant you the Zereth Overseer mount. Later expansions are going to turn it into a very unlikely drop, so now may be a better time to hunt for it. 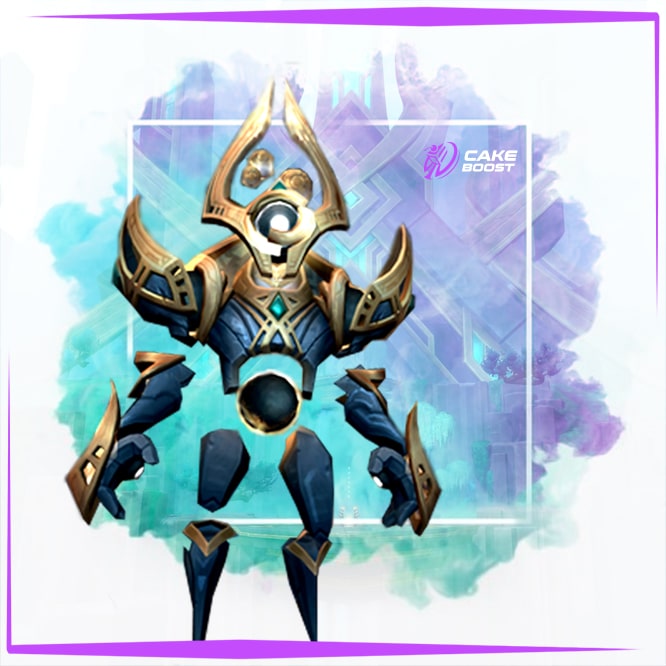 Sepulcher of the First Ones Normal 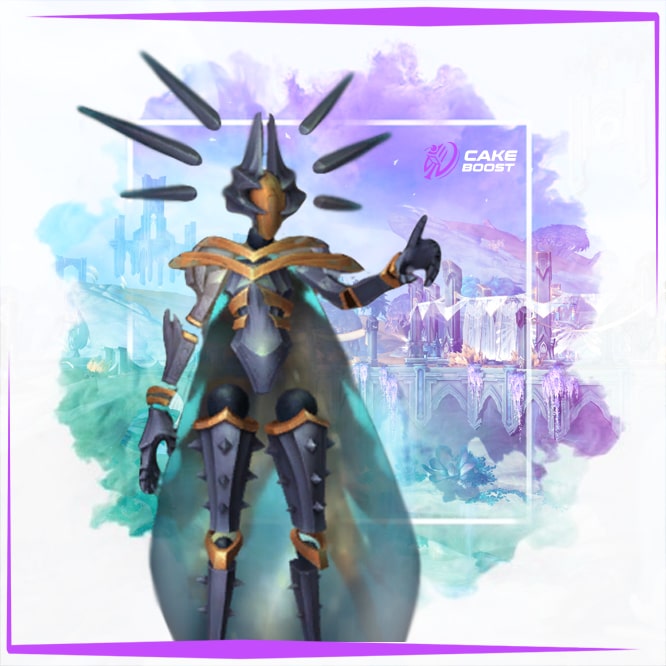 HOT
Sepulcher of the First One Heroic 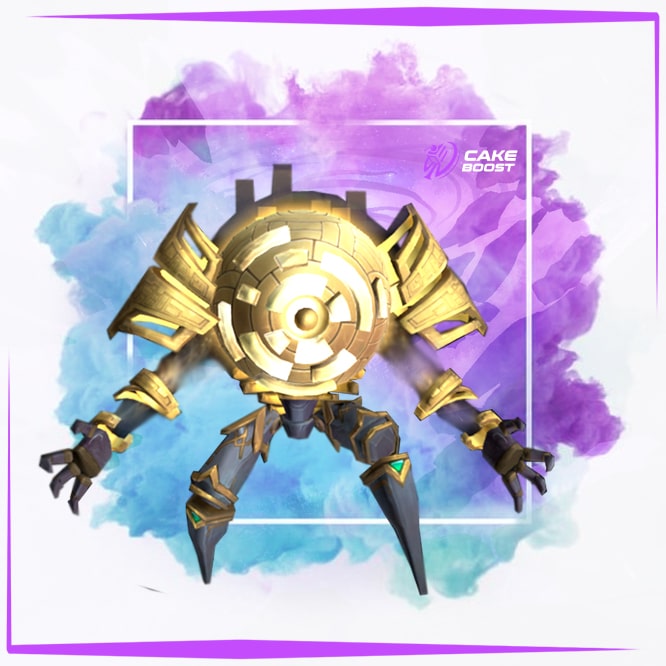 Sepulcher of the First One Single Bosses 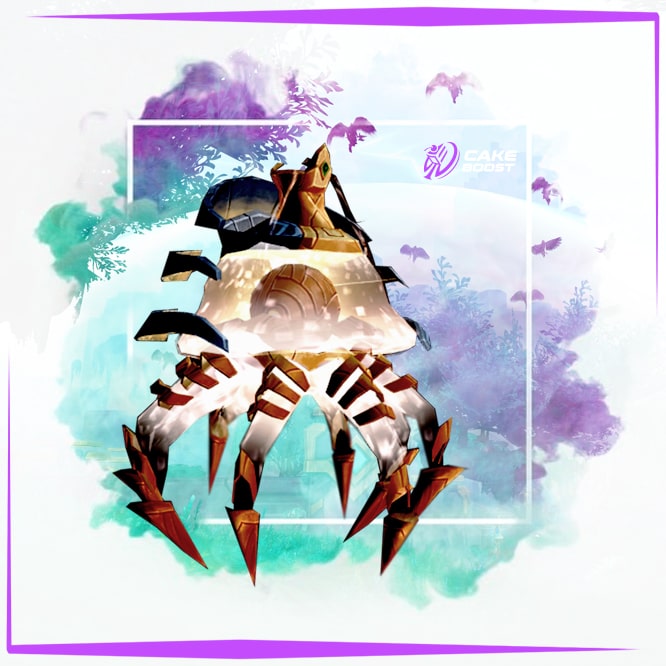 Glory of the Sepulcher Raider
•••
All games