How To Get Flying Mount In TBC 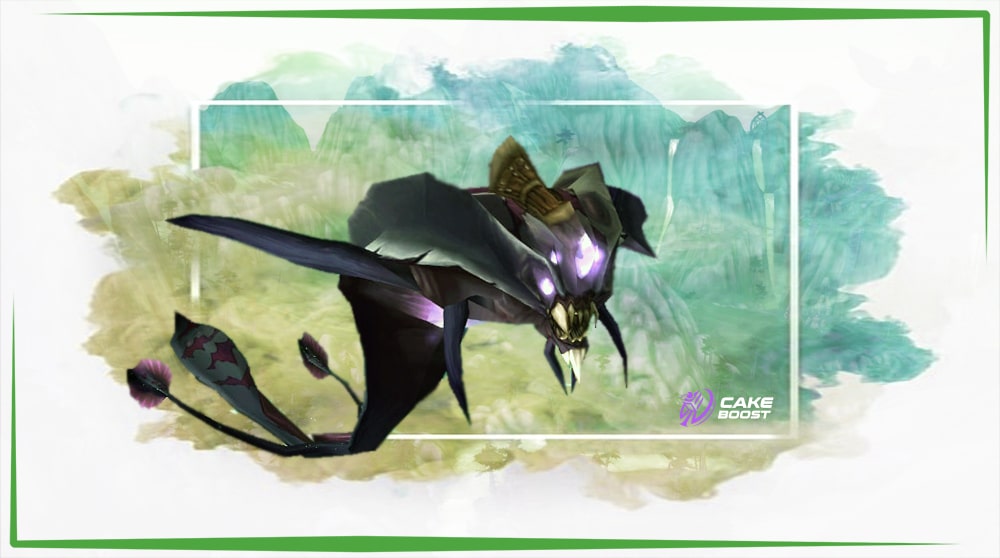 Flying was one of Burning Crusade’s major innovations over the original World of Warcraft. While adventurers could technically fly before, their ability to move through the air was strictly limited to a handful of pre-set flight routes. The expansion introduced a rich assortment of airborne mounts as well as a Druid flight mode, enabling players to explore the endgame zones in a whole other way. It was not just for show, either, as those flight options offered access to a number of important locations, while fast flying mounts also provided their riders with other major gameplay advantages. Read on to find out how you can rise into the air in Burning Crusade Classic and what benefits it confers.

The majority of adventurers can only travel through the air while riding special mounts. Just like their grounded predecessors from the vanilla game, those modes of transport can only be mastered by those with the necessary riding skill rank. Two more ranks have been added to the system, both of which require you to reach level 70 before you can learn them:

Both ranks can be acquired from your main faction’s trainer in the Shadowmoon Valley. Alliance adventurers are served by Ilsa Blusterbrew at Wildhammer Stronghold, while their enemies can purchase training from Olrokk at Shadowmoon Village. Note that there are no mechanical reputation factions associated with either of those characters, so you cannot count on any discounts. It may be wise to look out for Gold farming opportunities while leveling if you hope to buy a flying ride any time soon.

Rare flying mounts offer a 60% movement speed increase both on the ground and in the air, which makes them considerably slower than the fastest ground-based creatures you could have already acquired by that point. The majority of Epic flying mounts has a respectable 100% land speed bonus and a 280% flying speed bonus. However, there is a handful of especially hard to get Epic mounts that add 310% flying speed. You can raise their speed by another 10% with the Riding Crop item made using Leatherworking.

Here are all the airborne creature and vehicle options that should become available to you over the expansion’s lifetime:

In addition to the various Druid forms unlocked up to that point, Druids can also unlock a Flight Form that enables true unassisted flight. Druids can learn this ability from any of their trainers for a base cost of 8 Gold and 10 Silver, provided that they have reached level 68 and the Journeyman Riding skill rank. The Expert Riding rank is unlocked for free upon acquiring the form, allowing Druids to not only start flying two levels early, but also save hundreds of Gold on flight training.

Flight of this kind functions in a similar way to flying on a Rare mount, right down to the 60% speed boost. The main difference is that you are able to switch to Flight Mode instantly, even while you are falling, which can make it trivial to escape from danger. The early access to air travel also gives Druids a head start when it comes to running certain instances and leveling up gathering professions such as Herbalism, which goes a long way to account for their popularity as secondary characters.

Although the option has not been implemented yet, Druids should eventually get an opportunity to upgrade their airborne mode to a Swift Flight Form with a 280% air speed bonus. To do so, you will first need to purchase Artisan Riding and then talk to one of your trainers, beginning a lengthy quest chain. It will culminate in a battle against Anzu, a unique boss that will appear in the Sethekk Halls. On top of upgrading your ability and procurring a 10% mount speed buff trinket, you may receive the Reins of the Raven Lord. The mount it provides cannot fly, somewhat contrary to its birdlike appearance, but it is very exclusive and lucrative. You will be able to summon the boss again if it did not drop for you the first time.

As was the case in the retail version until the Cataclysm expansion, the vanilla zones in Azeroth and later additions like the Sunwell Plateau cannot support off-path flight. As a result, all those new options are limited to the Outland for the near future. Nonetheless, there are plenty of opportunities that are solely open to flight-capable heroes:

Despite its limitations, there are many reasons to seek flight in Burning Crusade Classic. Whether you want to sightsee, farm rare resources, or get the drop on your opponents in World PvP, flying will enable you to incorporate a whole other dimension of space into your planning. Swift flight in particular can accelerate your progress through later Outland content up to the Black Temple raid, saving you from having to walk everywhere and fight every monster you encounter on the way. Although the road to flight is long and full of expenses for most characters, such benefits should make it worth the bother for almost any kind of player.